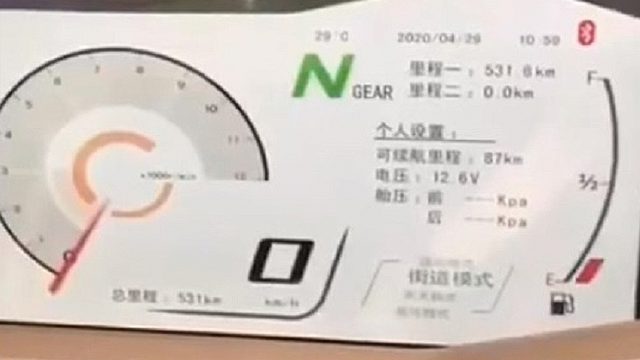 More hp than a BMW R1250RT or Benelli

China’s Police Department has a new motorcycle in its arsenal. It’s the CFMoto CF1250J touring bike and although it doesn’t look menacing, the bike features a 140hp engine derived from a KTM LC8 V-twin. And that’s something we don’t want to see in our rearview mirrors.

CFMoto may be an unfamiliar name to most of us, but the company is known for running KTM’s operations in China. Moreover, it manufactures the 200 Duke and 390 Duke models and this year they have plans to open a new factory to build up to 50,000 units per year, some of them being KTM 790 Adventure models as well as various Duke models. Moreover, the same factory will manufacture what we see here – the CFMoto CF1250 Police motorcycle which is the latest model in the Police garage and probably the most powerful bike in all of China.

It has a reworked engine which used to be a KTM LC8 V-twin, but this time around it features new castings and different internal dimensions. The displacement is 1279cc which is just a little bit less than the 1301cc V-twin fitted on the 1290 Super Duke R while the power output stands at 140hp. All in all, this means it’s the biggest engine to emerge from a Chinese motorcycle factory and the most powerful. Taking into count it’s not delivering 177hp like the powerplant on the 1290 Super Duke R, we could be thankful for that because it comes in a Police uniform. Official type-approval documents from China show that the power figures are over what a European manufactured BMW R1250RT makes which is fitted with a 134hp 1254cc liquid-cooled twin. 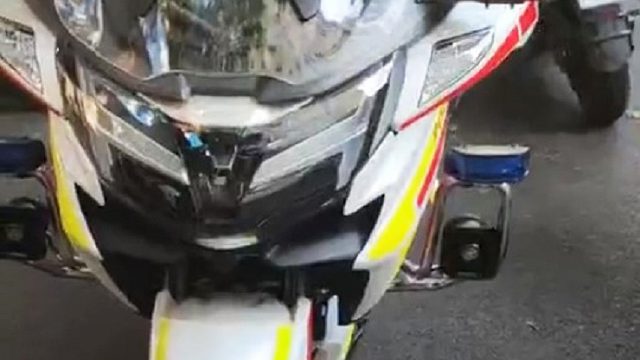 In comparison to its main Chinese rivals, the CF1250 power output is more than the Qianjiang’s 1209cc three-cylinder Benelli engine making 134hp (100kW). The Benelli is also heavier – the wet weight sits at 340kg in Police spec compared to 297kg of the CF1250 model.

Furthermore, the bike will come in a standard version, under the CF1250G name, fitted with a pillion seat and different tail bodywork. That version is set to be available on the motorcycle market which is good news.

Although the wet weight sits at 297kg with all the Police equipment fitted, that doesn’t stop the bike from reaching a top speed of 240kph (149mph). Other features include a Bosch ABS and Brembo brakes while the tires used are 120/70 ZR17 on the front and 190/55 ZR17 on the rear.

There are no details on how many CFMoto CF1250 Police bikes are on the streets of China, but at the moment there are at least two models as the pictures show. 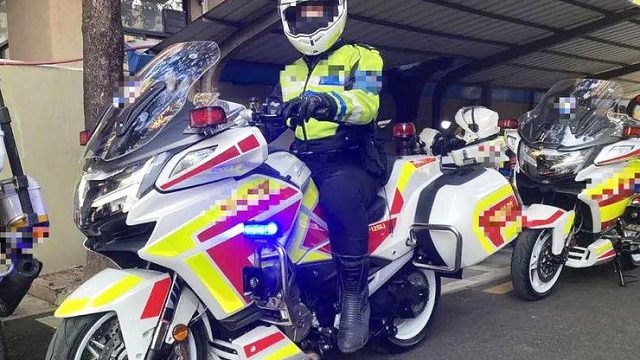 The dash looks larger than we normally see on other bikes and features a couple of warning lights on the eighter side of the display. Besides the normal rev counter, speedo, water temperature, fuel level, gear position and range readouts, the dash also has details regarding battery voltage and tyre pressure. 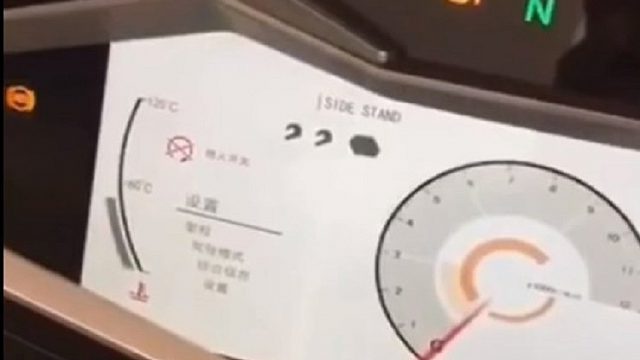 The Chinese Police Department looks set to upgrade their motorcycle garage and we’re curious to see what other models they have in mind to bring to their arsenal.