It’s his third KTM bike he built by himself after a supermoto KTM SMC-R 690 and a super naked KTM 1290 Super Duke R Special Edition with a custom made front end. KTM doesn’t have a big superbike in its motorcycle range. The supersport model range only includes the RC 125 and RC 390 models.

So, what we are looking at? Well, the bike’s name is KTM 1290 Super RC8 R and Daan built the superbike in 16 months. The idea for this project began from a statement which Stefan Pierer, KTM CEO, made back in 2015 stating that “if your Superbike is reaching 200 horsepower or more, it’s impossible to argue that it belongs on the street. It really doesn’t, anymore.”

Daan started the project from zero and fitted the 2018 KTM 1290 Super Duke R engine model and all the latest electronics such as:

“I’m thinking what’s possible or not, how do I make it, what do I forget, can it be a problem, is the material strong enough? From one idea I went to the next thinking of a solution for days to finally find the right one.

There's one software package available and that's KTM original diagnostic. Had a lot of work to get everything working in the software, only flash the latest update into the motor management ECU. Unfortunately, it's not an open-source software from KTM. It takes a lot of time to figure things out and make moulds for various parts,” said Daan. 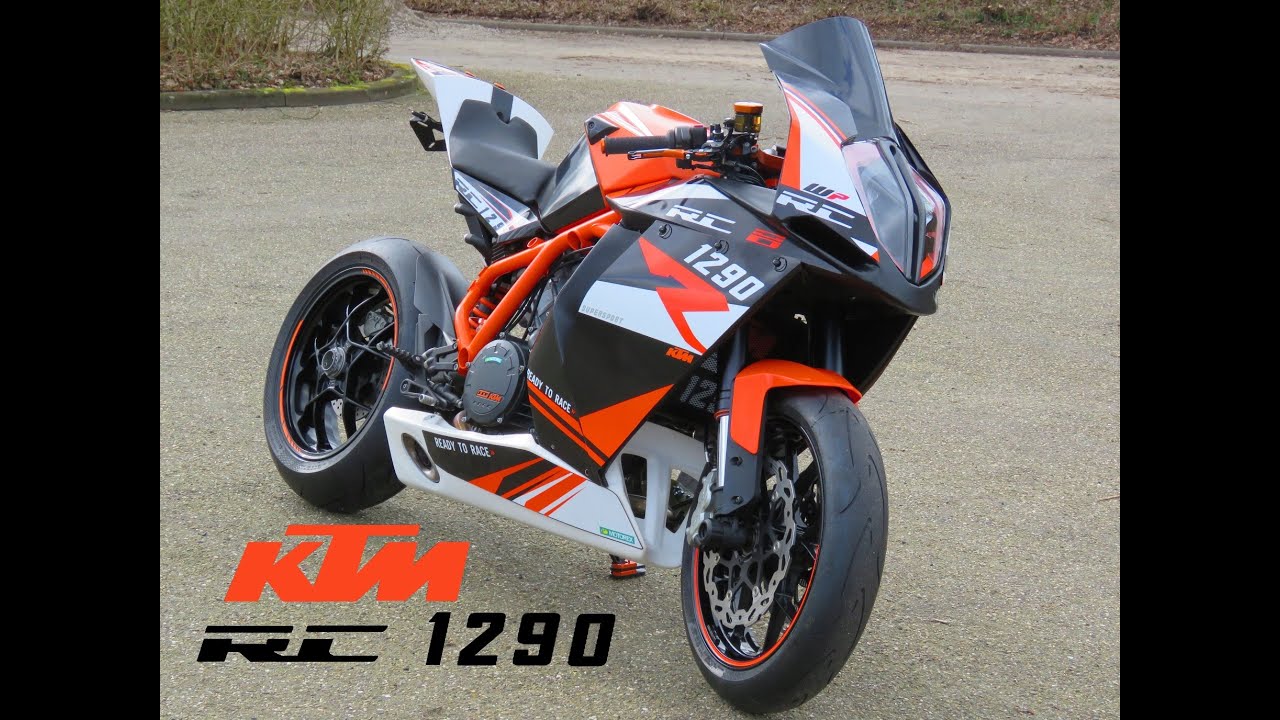 The KTM RC 1290 could make 177 hp (1190 RC8R makes 172 hp) and there were a couple of problems to fix along the way because the engine was too big for the frame. Daan had to make some changes to mount the engine. He also redesigned the headlight, made a new triple clamp, extended the steering lock and had to order new filters. It took a couple of months to design the single-sided swingarm which is a new feature to a KTM superbike – the 1190 RC8 model had a double-sided swingarm. Also, Daan designed the decals and made a shift lever.

Other features include Super Duke fork and wheels, brake callipers and brake hoses from a Ducati Monster 696, heated grips and parts from bikes like: