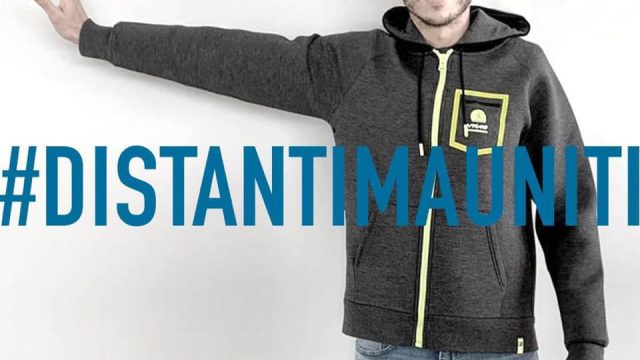 In the last days, we’ve seen how the Coronavirus outbreak has affected the 2020 MotoGP season. Health measures and travel restrictions were enforced and this limited the possibility for Italian riders to travel to the MotoGP races.

Several riders started a social media movement hashtag #DistantiMaUniti stating that the distance between people doesn’t separate them, but bring them closer.

One of these riders is Valentino Rossi.

“It's really bad news. Such a pity… After a winter spent training, we were ready to start the season, both physically and psychologically. After the test in Qatar, I really wanted to start with the first race.

“The MotoGP class cancellation for Qatar is difficult news to take, also for the fans, because now we do not know how long we will have to wait before we can start racing. It is certainly a long time, considering the next GP in Thailand has been postponed for all classes. I hope everything will get better in the next weeks,” said Rossi.

“Distances must not separate us. Even if you're young it's time to respect them. Stretch one arm to the other and it will almost feel like touching us,” stated Dovizioso.

Other riders from the Rossi’s VR46 Riders Academy have joined like Franco Morbidelli, Francesco Bagnaia, Lorenzo Baldassarri, Luca Marini and Nicolò Bulega to name a few.

By now, FIM, IRTA and Dorna cancelled the premier class for the Qatar GP while the Thai GP and the Red Bull Grand Prix of the Americas have been postponed for October and November. This situation enforced Dorna to reschedule the Gran Premio Motul de la Comunitat Valenciana for the end of November.