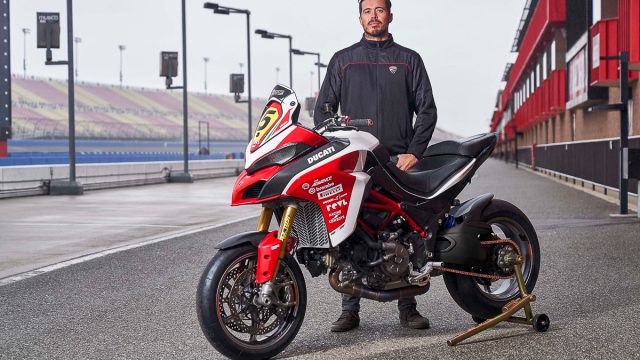 2019 may be the last time we saw motorcycles participating in the Race to the Clouds, as the future of bikes in the Pikes Peak Internationall Hill Climb is in uncertain.

What IS certain is that the death of acclaimed racer Carlin Dunne at the end of this year’s PPIHC was the drop that seems to have filled the glass. Dunn is not the only fatality in this spectacular and dangerous race, with six other riders being killed during the 97-year history of the event.

Dunn was an iconic figure at the Pikes Peak, a multiple record holder in the motorcycle class, and one of the most beloved characters in the Race to the Clouds. Albeit being one of the most experimented riders to ever have raced up the 156-turn course, Dunne highsided in the final turn and plunged to his death. What’s even nastier in this entire affair is that Dunn is the third rider to lose his life since 2014.

Now, even more safety-related concerns surround the PPIHC, especially as the entire course has been paved completely, with speed and perils going up exponentially. Making things even worse is the growing number of safety incidents involving spectators crossing the track during the race, in front of vehicles.

According to Jack Glavan, manager of Pikes Peak America’s Mountain, no decision has been made yet, as officials are discussing the future of motorcycles in the Hill Climb. Despite the deaths of several participants, the Pikes Peak International Hill Climb remains one of the most thrilling road racing events in the world, in line with the Isle of Man TT and the Irish GP races.

All of those who enter with cars, motorcycles or sidecars acknowledge the risks and know that things can end very badly, especially because of the high speed and the very nature of the tracks, but from this to banning motorcycles is a long way. After all, even motorsports with high safety measures, such as F1, yield fatalities, but nobody considers putting an end to Formula 1 races. And the Dakar or Baja are yet some more races with deadly potential that come to mind…

Carlin’s mother Romie Gallardo went on to speak publicly about the 2019 PPIHC, saying that her son most likely would have loved to see motorcycles participating in this special event in the future. A final decision has yet to be made and we hope 2019 was not the last time we saw motorbikes racing towards the Summit House.