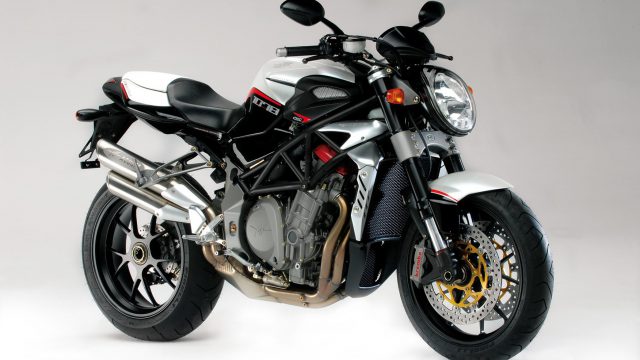 The exotic Italian brand is working on a new 1000cc platform that will show up this year. MV Agusta CEO Giovanni Castiglioni says his company will release a new 1000cc Brutale that will share the same spec as the F4 superbike “Camier's World Superbike but without the fairings”. The new litre Brutale will be the first one to be released, probably ahead of the EICMA.

The news was announced by Castiglioni at the internationl launch of the new Brutale 800RR. He also informed the media about the company’s intention to release a neo-classical cafe racer in 2020. Unfortunately for MV Agusta, the F4 superbike is no longer Euro 4 compliant, and this year will be the last one for the current F4 version. To end the F4 era, Agusta will release a final edition named Claudio after Giovanni Castiglioni’s father. The Claudio F4 will be a top-spec WSBK machine for street use. A successor for the F4 is not an urgent matter for MV so they will leave aside the 1000cc superbike until 2021.

The Italian manufacturer started showing great interest towards the electric/hybrid market and from what we know they are currently working with Cagiva on a hybrid bike. In an interview for Asphalt and Rubber, Giovanni Castiglione stated “I believe in electric. There is a great potential, and we are making a project there – under another brand – which is Cagiva,”. Although it sounds like MV will release a full-electric bike is more likely to see a hybrid machine, unlike everything they’ve ever made before. We intend to think that Agusta will bring up an exotic hybrid that will pack both an electric and petrol engine and more than 250hp.