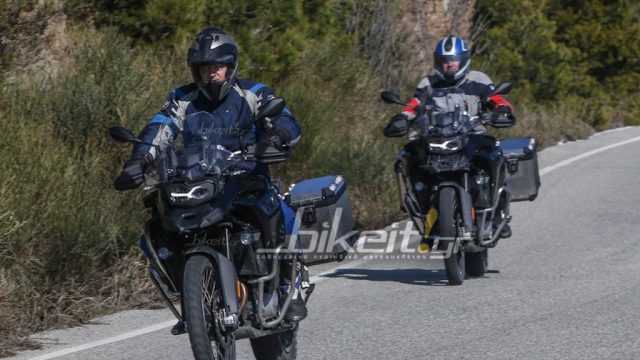 The 2019 BMW F850GS Adventure is production-ready. The paparazzi spotted it under testing around Athens, Greece. The photos were published by bikeit! magazine.

You need just a glimpse to observe the larger fuel tank – probably more than 20 litres (around 24, we’re hoping), a larger (and adjustable) windshield, some serious crash-bars and the Touratech-made Zega-Pro like Panniers. Also, the Adventure version will feature the auxiliary lights we already have on the R1200GS Adventure.

Regarding the looks, the new F850GS Adventure looks very similar to its bigger brother – the R1200GSA. However, it keeps the F850GS headlight, 21-inches front wheel and, of course, the 850 cc all-new in-line twin engine that is capable of 95 horsepower.

Probably the crash-bars and larger fuel tank will add some wet-weight to the basic F850, still, it doesn’t look as massive as the R1200GSA.

The 2019 F850GS Adventure will be a direct competitor to Honda’s Africa Twin Adventure Sports, revealed a couple of months ago at EICMA. They will probably have the same weight, same horsepower (95 horsepower), quite the same range and probably the same price. Honda’s Africa Twin Adventure Sport has an optional dual-clutch transmission, while BMW F850GS Adventure will feature the Dynamic ESA and cruise control (unfortunately, Honda doesn’t offer cruise control yet). 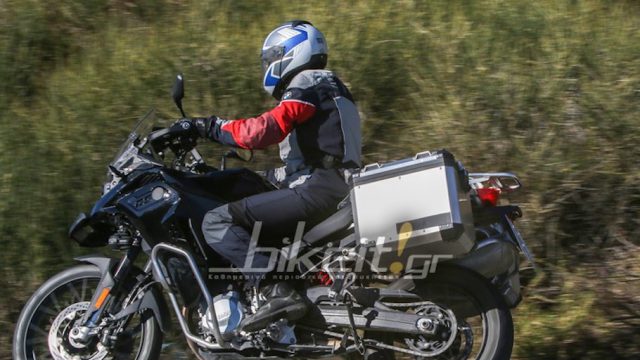 We don’t know for sure when it will hit the market, but we think that the F850GSA will be unveiled at BMW Motorrad Days 2018, in early July.