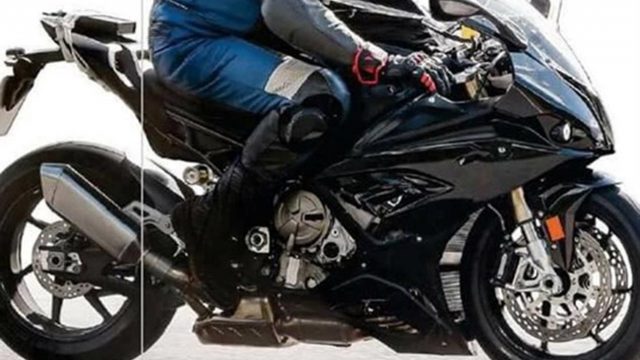 The BMW S1000RR proved to be a top superbike since its arrival back in 2009. It was the first liter sports bike to feature state of the art electronics like ABS, traction control, quick shifter in the stock version. The S1000RR became a favorite between its peers since it was launched. With the last serious update back in 2015, it's about time for a completely revised model from BMW Motorrad.

The spy shot taken by Motorrad Magazine shows a whole new S1000RR with major looks changes, a reshaped engine casing, and a whole new swingarm. The data acquisition system mounted on the tail and tank ensures us this is only a test model.

The reshaped engine cases and new exhaust design leaves us to believe the four-in-line is refined from inside out. The swingarm is an entirely new unit, and the fairings are completely changed. The restyled lines bring the S1000RR closer to the super bikes on the market. Unfortunately, there is no clue regarding BMW’s signature, the asymmetric headlights.

The new S1000RR will be present in its final shape at EICMA this fall and will probably hit the showroom floor starting from 2019. Judging by changes made, the new model of S1000RR will feature a bit more power, a TFT dashboard, and improved electronics. We can't wait for the Milan show to take a closer look at the new BMW S1000RR.