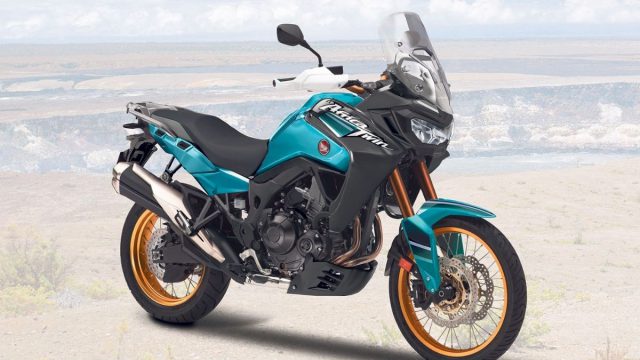 The Japanese brand is getting ready to upgrade its motorcycle range

We talked about a rebirth of the CBR600RR-R from Honda a month ago. And now another rumour hits the Internet that we could expect the supersport’s model launch in October according to MotorradOnline and other motorcycle websites.

Honda is developing a couple of new models from a middleweight adventure bike in the form of the 790cc Africa Twin, a larger version of the Rebel cruiser, a sport-touring production model of the CB4X Concept or even a larger Monkey to the supersport CBR600RR-R which if we take into consideration the new rumour we could be looking at an official launch in October. In other words, Honda might develop a motorcycle for each segment.

The main issue of the former CBR600RR model was its engine due to the Euro4 standard enforced since 2016. Moreover, the middleweight supersport segment lost ground compared to the MotoGP inspired 1000cc superbikes. Now, the new bike will likely have a Euro5 compliant engine.

Looking at the 600cc supersport bikes, this segment saw in the last years a comeback of the Yamaha YZF-R6 and the Kawasaki ZX-6R. So, it’s normal that Honda wants to get back in the game with the CBR600RR-R which could be based on the current Fireblade.

At the moment, there is no official information from Honda that the bike is being developed. Thus, no details regarding tech features and equipment. The main question is regarding engine architecture as far as the Euro5 standard goes. As far as most superbikes are developed, it’s normal to think that we could see the latest electronics fitted on the current CBR1000RR-R Fireblade or the high-end SP version. This means Cornering ABS, latest traction control system and new riding modes.

Furthermore, we could see and aerodynamic package fitted with winglets and if Honda wants to build a track-focused middleweight supersport, the CBR600RR-R could be fitted with Brembo brakes to take on its rivals like the Yamaha YZF-R6.

All these details made us wonder if Honda is secretly making a new generation model for the hypersport ‘96 CBR 1000 XX. This motorcycle segment has only one model in the form of the Kawasaki Ninja H2 and track-only H2R version which are on the market since 2018. Kawasaki used the supercharged engine on bikes like the Ninja H2 SX and the new supernaked Z H2. With rumours leaked on the Internet that Suzuki could be making a new Hayabusa, we could see a new hypersport from Honda.

A couple of years ago there was a design rendering of a possible rebirth of the bike – code-named CBR1300XX Super Blackbird. Back in the day, the Blackbird had two rivals for the queen of top speed – Kawasaki ZZ-R1100 and Suzuki Hayabusa.

The 1137cc Blackbird held the record for the fastest road bike for two years in a row until the Hayabusa entered the scene. Honda just made a few upgrades to the bike for its 11 year production time until 2007 when the bike was withdrawn from the motorcycle market.

The design rendering comes from ClassicMechanics and if Honda decides to bring back the Blackbird the power should increase from 164hp to over 200hp to tackle its rivals. Also, it would be interesting to see if the engine will be turbocharged or supercharged.

We know that the standard model had an aspirated power-unit pushing the bike to a top speed of 303 kph (188mph). Other upgrades should include an electronic suspension and top-end braking system. The ‘96 model had HMAS Cartridge-type fork and a Pro-link shock.

This design rendering features a fully adjustable Showa suspension system and Brembo brakes. Furthermore, the bodywork could feature winglets and back then the bike had a price tag of €19,500 which today is the same as a Yamaha YZF-R1.

It’s interesting to see how many models Honda is preparing to bring on the motorcycle market and we bet this year’s EICMA show will be interesting.