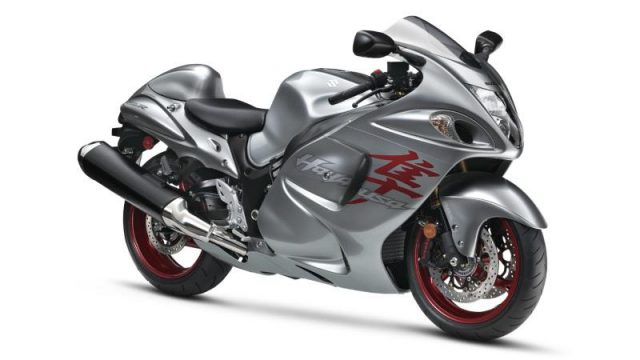 Suzuki engineers might work on an Euro5 compliant Hayabusa. The hyperbike could make a return

The Suzuki engineers could work on a new Hayabusa. Recent patents leak details about semi-automatic transmission and a Euro5 compliant engine. Can we see a comeback for the Hamamatsu hyperbike?

Now, you can’t buy a Suzuki Hayabusa on the European market due to Euro4 emissions regulations. The bike is available only on the US or Canada market.

During the last months, several Suzuki patents have been leaked online regarding a probably next-generation Hayabusa hyperbike equipped with a Euro5 compliant engine. So, what can we expect from the GSX1300R if it makes a return on the European motorcycle market?

The engine capacity could increase up to 1440cc and the power figure is estimated to be over 200 hp. The current US market Hayabusa is making 198 hp from a 1340cc engine. Furthermore, the new engine will be Euro5 compliant and could provide more torque.

Other features in the Suzuki patents show emissions-specific elements like a carbon canister to filter evaporating fuel fumes and a redesigned exhaust system with enlarged collector box where two catalytic converters hide.

The Frame – redesigned to be slimmer and have variable technology

The frame will also go through changes having slimmer main beams than the current bike. The Suzuki engineers might use a bolt-on subframe instead of the current cast-alloy extensions below the rider’s seat.

An old patent from 2018 states that Suzuki registered the Dynamically Variable Chassis for Motorcycle which is a technology that allows a rigid twin-spar chassis to adjust its height and wheelbase for different road conditions and riding purposes.

So, we could see the Hayabusa fitted with a full active-suspension.

Three patents have been registered by Suzuki in Japan, Germany and the USA. They reveal a semi-automatic system that could replace the current six-speed manual. The patents show that the new Hayabusa could be fitted with actuators to work the clutch and gear shift.

The Weight – could be around the same current figure

With all that technology fitted on the probably new Suzuki Hayabusa, the wet weight might remain more or less the same as the current hyperbike which has 266 kg.