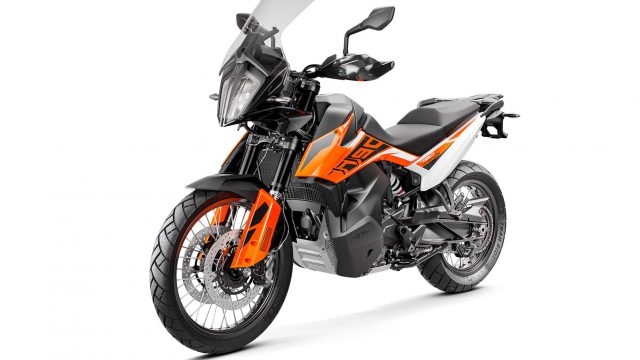 We’re packing for the KTM 790 Adventure international media launch. It’s one of the most anticipated bikes of the year, and we’ll ride it for two days in Morocco (day 1 – street riding, day 2 – off-road riding on the R version).

The place: Erfoud – an oasis in the Sahara desert, often used as a movie set for blockbusters – the Mummy and James Bond Spectre are among the films that were shot here. But it’s not about that. Some sand dunes are nearby, so probably the guys at KTM are preparing something special for us for the off-road part.

The racing legends Chris Birch, Marc Coma, and Jordi Villadoms are some of the experts we'll meet and have the opportunity to discuss with about the new bike.

The KTM 790 Adventure R is based on the new inline twin cylinder engine featured for the first time on the 790 Duke. It’s filling the gap between the 690 R and the 1090 R, and it’s a rival for the F850GS, having the same power but lower weight. We’re very curious to find out how nimble it is, considering that the new shape of the fuel tank should lower the center of gravity, and how comfortable it is. Is it suitable more for adventure riding than for street touring? How’s the suspension? Does it feel heavy? And many other things.

The film will be out on our YouTube channel right after coming back home. Meanwhile, here’s an interview with Adriaan Sinke – KTM 790 Adventure Product Manager.