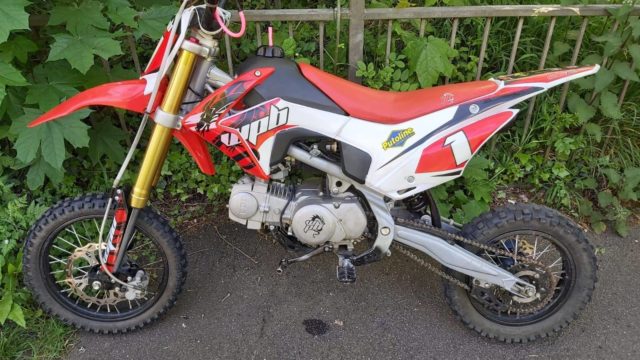 UK’s Northamptonshire Police Department are set to crush seized bikes after illegal and irresponsible riding. It should all happen at a public event to prevent UK riders to make any illegal and unsafe activities on public roads, parks and public property.

The Northamptonshire Police Department wants to crush any dirtbikes that are found ridden illegally on UK roads, parks or any public property. The action is set to take place as a public event to send a warning to all people who might be riding unregistered or uninsured motorcycles.

The situation started a debate on Kettering and Corby Neighbourhood Policing Team Social Media page if it’s the right thing to do or not. Some people suggest that these motorcycles should be auctioned and the received amount sent to charity. Others think that the first step should be to find the owner of the stolen bike until crushing it.

Although this is happening in the UK, the concern regarding this matter is also present in Massachusetts, US as well according to ADVRider. Many major cities are facing the same situation that the UK’s Police Department faces.

Whether illegal motorcycles should be seized or crushed is up for debate. Or maybe other options can be found to prevent any illegal riding.