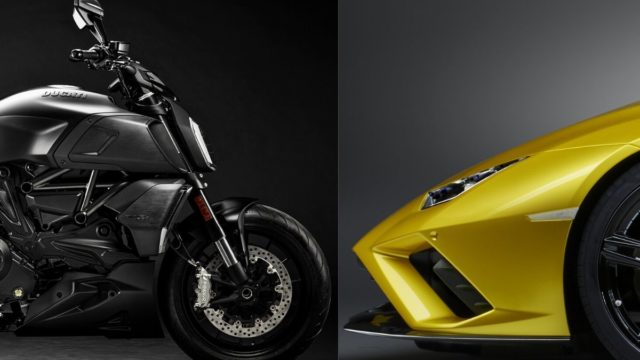 It looks like Ducati is working on a couple of new motorcycles for 2021 according to MotoIt and the US Environmental Protection Agency (EPA). As it seems, we could see a Lamborghini version for the Ducati 1260 Diavel while the Multistrada family could have a new model in the form of the Multistrada Enduro Grand Tour. Also, the Ducati Scrambler model range could see a black paint scheme model namely Scrambler 1100 Pro Dark.

Ducati is already working on an updated version of the Monster naked motorcycle and a new Multistrada model built on the V4 platform according to some spy photos. And rumour has it that these are not the only novelties in the 2021 line up. As far as the motorcycle development goes, it all depends on the US EPA which verifies polluting emissions, for example, the Euro5 compliant engines which are enforced on all new models.

Thus, it looks like Ducati is working on a new Diavel version which is expected to be a Lamborghini edition model. It’s not the first time we see a car badge on a Diavel model, as in the past the Italian company had the Diavel AMG which was linked to the collaboration they had with Daimler-Benz. Now, both Ducati and Lamborghini are under the Volkswagen Group which owns both Ducati and Lamborghini brands. It looks like EPA certified the Ducati Diavel 1260 Lamborghini name as a 2021 model year motorcycle. The power cruiser could use the same Testastretta 1262cc V-Twin engine with Desmodromic Valve Timing making 159 hp just like the current model. The new features could include some high-end components made of composite materials, Lamborghini logos and a special colour scheme to match the car brand’s iconic yellow colour.

On the other hand, the Ducati Multistrada 1260 Enduro Grand Tour could use the same engine configuration as the Diavel Lamborghini edition perhaps with some tweaks to deliver more low and midrange torque. Also, it’s expected to be a mixture between the Enduro version which focuses more on off-road usage and the Grand Tour version of the Multistrada, so we could see side cases and top cases fitted on the new version. Moreover, it could have additional lights, TMPS sensor, automatic fuel tank cap, central stand, heated grips and perhaps keyless ignition. Other features could include spoked wheels and a large windscreen.

Last but not least, the Ducati 1100 Scrambler Pro Dark could feature a black paint scheme as the name suggests while as we’ve seen in the past with other Dark versions from Ducati, the new Scrambler could lose some of the premium components to lower the price tag.

There’s no information when we’ll have the chance to take a glance at these new Ducati motorcycles as both EICMA and Intermot motorcycle shows have been canceled for this year. Most likely Ducati could schedule an online launch for these bikes as well as for the upcoming updated Ducati Monster and Multistrada V4 models.