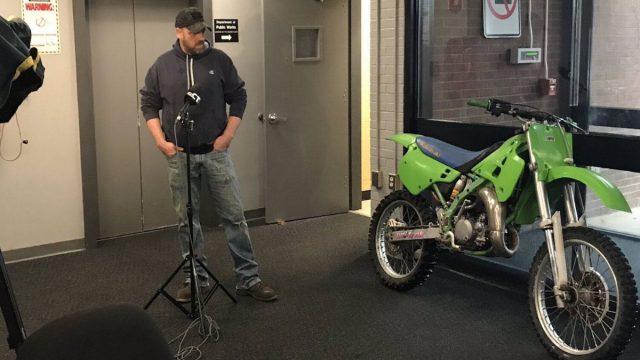 It was back in October ‘92 when a 17-year-old Waterbury boy had his 1990 Kawasaki KX125-H dirt bike stolen. According to FOX 61, the motorcycle was swiped when the kid was receiving medical attention after he broke his arm riding it.

Over 27 years later, a police officer saw a guy riding the bike through Bushnell Park in Hartford, Connecticut. It was seized by the authorities and the Hartford Police Department managed to trace the bike by checking the VIN and ran it through the National Insurance Crime Bureau and the National Crime Information Center. This way, the authorities found a police report from nearby Waterbury, Connecticut, filed in October 1992.

The 1990 Kawasaki KX125-H was kept in good condition which comes as a surprise considering that most stolen motorcycles are stripped down and sold for parts. After searching the records, they managed to track down the owner, now 44 years old and return the bike to him.

We don’t know what will happen with this Kawasaki KX125-H if the owner decides to keep it, but thankfully, this is one motorcycle theft story that has a good ending.

Twenty-seven (27) years ago this man had his dirt bike stolen. Today, HPD notified him that we had located it tearing through Bushnell Park. Reunited after 27 years. pic.twitter.com/7tMweMIe2J
— Hartford Police CT (@HartfordPolice) April 30, 2020