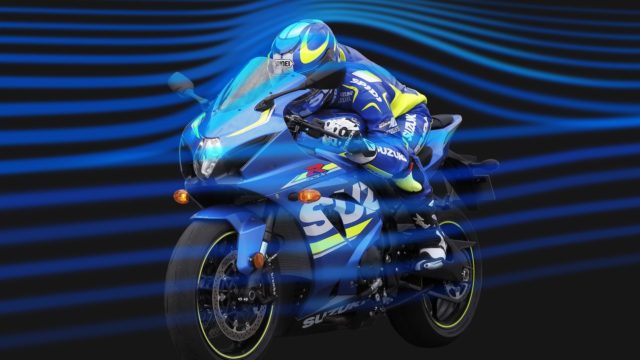 Suzuki GSX-R 1000 will soon join the racing scene. Although it is revealed as a concept, the production will start soon (in a couple of months, probably) and the final version won’t be too different to the one we saw at 2015 EICMA

Suzuki says that the new GSX-R 1000 is the lightest, the most compact, the most aerodynamic, the most powerful, the hardest-accelerating and the best-handling GSX-R ever built with a very simple engine management system. The performance figures should be as Suzuki says, but would it be enough for the new Gixxer to beat the S1000RRs, R1s and Panigales on the racetrack?

Suzuki says “Yes” and wants to “get back the proper title of The King of Sportbikes.”

As for the way to do it, Suzuki claims the long experience in Superbike and the new technologies developed in the last years of MotoGP.

Now, let’s skip the PR words and see how they want to claim the street Superbike title:

full LED headlight and taillight.So we have a new engine which promises to develop more high-end power without losing low-mid torque, the electronics any modern superbike must have (nothing about leaning sensor yet) and high-spec suspension system, similar to the one on the new ZX-10R.

So, will the new GSX-R 1000 beat the highly competitive superbikes on the market? We’ll see that in a couple of months, probably.