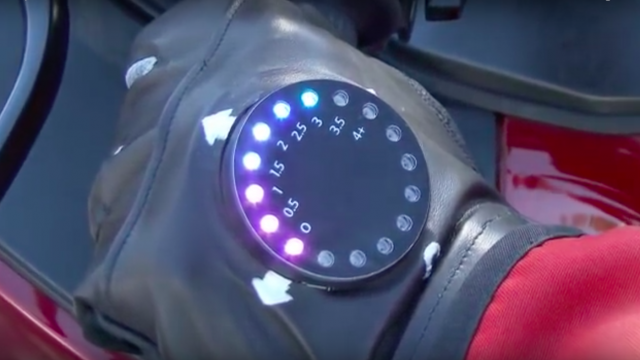 It shows you the right direction. Here’s how it works

TurnPoint Smart Motorcycle Glove is a Bluetooth device connected to a smartphone navigation map showing you the way using bright LED signals which display animated patterns for turn-by-turn directions. The creator says you no longer have to keep your eyes on the smartphone.

A sequence will be displayed first to notify the rider that it will show a navigation point. Then the distance to that turn is represented by a scale in half mile increments from 0 to 4+ miles. Finally TurnPoint will show which direction to turn or go straight. In addition to the navigation patterns, there are patterns to indicate Bluetooth connecting, battery life, and power on.

Watch the official video below

The glove also features fingertip controls allowing the rider to interact with Turnpoint while never removing the hands from the handlebars. For example, by touching your thumb and index finger together, you can check the distance to the next turn and which direction to go. There is no need to look at the phone or fiddle with anything on the bike, keeping you safer, according to the TurnPoint creators.

The device is built with a rechargeable battery that lasts about 8 hours. Learn more on kickstarter.com