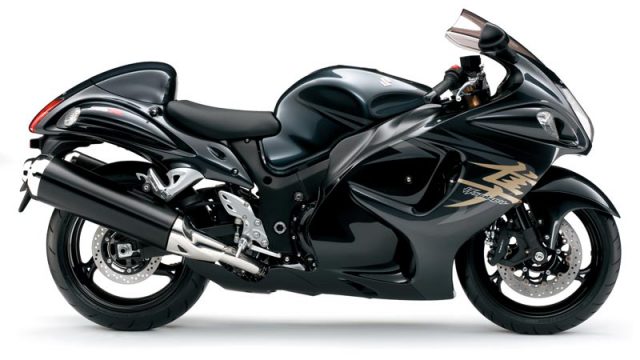 Finally, the Busa gets a series turbocharger

Suzuki will come up with a Turbocharged Hayabusa for 2019, according to the rumors. This way, it will be a rival to the mindblowing Kawasaki Ninja H2R. The turbo technology could be the one presented at the Tokyo Motor show a few years ago. The concept was called Recursion, and it featured a 588 cc turbo engine.

Hopefully, Suzuki will keep the current displacement for the upcoming Turbo Hayabusa. This way the new ‘Busa’ will become a rival for the Kawasaki Ninja H2 and H2R, both fitted with a turbocharger and able to reach speeds up to 400km/h.

The Suzuki Hayabusa is the most popular name in the motorcycle world. It was the first series sports bike to get over the 300 km/h milestone, but for about 20 years the ‘Busa' is almost unchanged. Now Suzuki sets to spice up the iconic model with a turbocharger.

Let's remember that back in 1999, the 1.3-litre behemoth was born, and it quickly gained fans amongst the sports bike enthusiasts. The first model version brought up a lot of legends, and it was every racer’s dream. The ‘Busa' stood as a reference point in the motorcycle world for its acceleration and top speed.

The turbo system is a very popular up-grade between the Hayabusa owners. The 1.3-litre engine can easily handle the system. If Suzuki uses the Recursion concept technology, we have strong believes it will feature at least a litre engine.

After doing a great job with the GSX-R1000, the Japanese factory seems to get back on track. Along the new GSXR1300, Suzuki is also preparing a new GSX-R600 and GSX-R750 for 2019. The new Hayabusa will bring back the fight for supremacy in the large displacement segment.