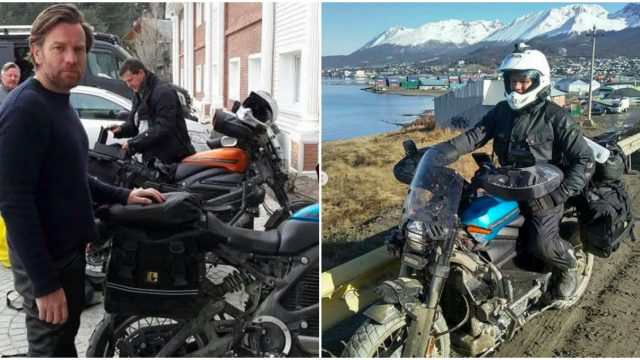 The Long Way Up is happening right now on electric bikes. Need one more proof?

When the news that Ewan McGregor and Charlie Boorman are about to travel the Americas on Harley-Davidson LiveWire broke out, there were lots of people that couldn't believe it.

No official press release yet, but it's hard to keep it low profile these days. After all, you're Ewan McGregor, and you're riding an electric motorcycle with a TV convoy behind you. And if all we had so far was an apparent coincidence, now the things are getting clear. Three photos just appeared on Instagram these days:

The motorcycles are equipped with winter hand-guards, spoked wheels, soft luggage, windshield, additional lights and a GoPro camera next to the headlight.

Why the winter gear? The average temperature in Ushuaia this time of the year is 1-5 degrees Celsius.

The Most Influential Adventure Motorcycling Stories