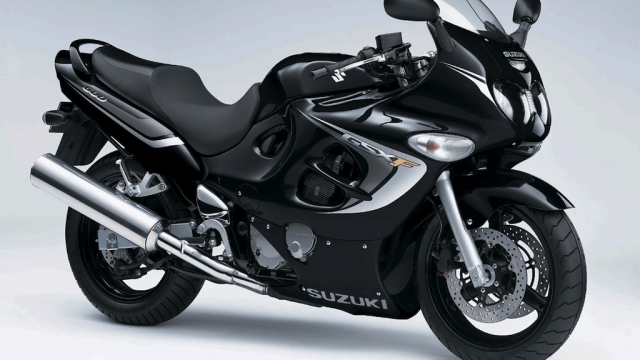 The name Katana was registered again in the US by Suzuki, so maybe the Japanese manufacturer is up to something soon alongside the rumored new Hayabusa.

The Suzuki Katana was one of the iconic Suzuki models that showed up in the 80’s as an alternative for the GSX-R. Although it was considered by many a sport-touring bike, the Katana had the DNA of a real sport bike. Meanwhile, the bike models evolved a lot, and the bike was a better fit for the sport touring segment.

But what is Suzuki planning with the new Katana?

This question haunts us since we heard the news. One of the reasons might be the need for shorter names. Instead of the letters and numbers like GSXF1000, a name like Katana will give the model more attitude. We already know that Suzuki released a few years ago the GSX-F100 and the GSX-S1000F and these models should get some proper names, but hopefully not Katana.

On the other hand, the name reservation might be for a real future release – and we hope it's gonna be this way. So maybe we'll see a GSX-S1000XR shaped as a sport touring bike with an upright position and long travel suspension. This bike segment is currently emerging, and unfortunately, Suzuki doesn’t have a place at the table.

This is the second time that Suzuki has registered the venerable Katana name with the United States Patent and Trademark Office, according to the guys at asphalt&rubber.

R1200GS on Ice and Snow. Not your ordinary Sunday ride