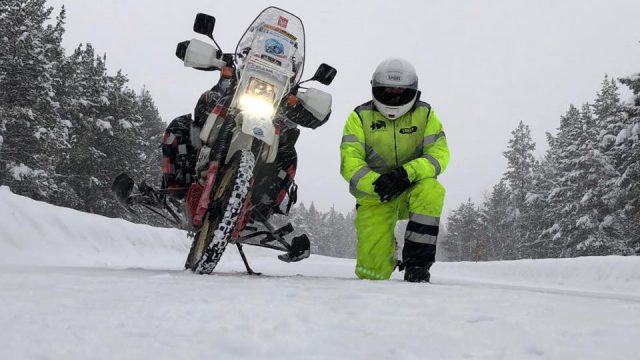 Mark, 45, Poland, is about to ride alone at -55 degrees to Oymyakon – the coldest place on Earth.

I discovered Mark thanks to a fellow adventure rider while documenting the rides of Karolis Mieliauskas, another crazy guy doing crazy rides such as the frozen Baikal, Oymyakon during winter, or Around the world in 40 days. And Mark’s attempt seems to be even more badass, for some simple reasons: he’s leaving alone, he’s riding to Oymyakon on his bike, and he’s riding a 1986 Honda.

“No, just the gloves are heated. The electric system of the bike can’t handle more,” he answered me when asking him about heated gear. We’re talking about a Honda XL600M – a bike that was manufactured from 1983 to 1987 and later replaced by the Dominator. It’s capable of 44 hp from an air-cooled single, the dry weight is 135 kg, and it has a 12 liters fuel tank / 2 liters reserve. 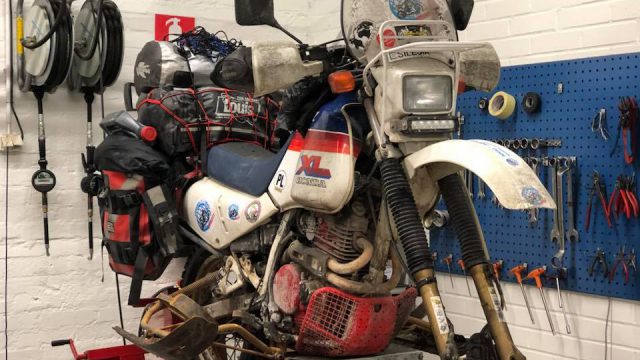 Mark is planning to start in January and to ride from Poland to Oymyakon. He’s using Continental TKC 80, upgraded with 700 studs he put by himself. He’s planning to spend a month on the road, and the schedule is quite tight, considering the long way and the time of the year.

The route goes along the whole of Russia, from West to East, through Irkutsk, Yakutsk, and Oymyakon. Oymyakon is somewhere north of the Road of Bones (Kolima Highway), and it’s considered to be the coldest place on Earth. At the moment of writing this article, the temperature in Oymyakon sits somewhere between -43 and -46 degrees Celsius. The sun is rising at 10:00 and setting at … 14:43, so just a few hours of light.

It’s not the first winter-riding experience from Mark. He previously had a winter ride to Nordkapp, on the same bike.

Watch him on his Facebook page. Good luck, White Wolf! 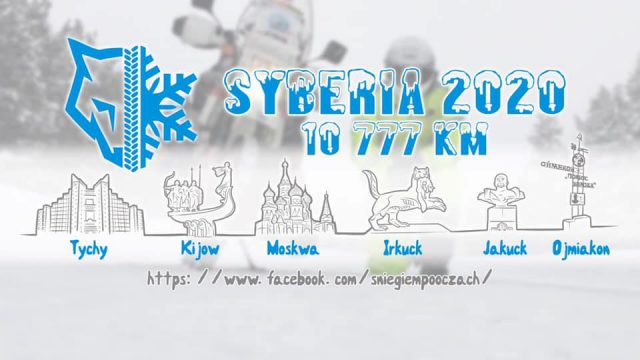 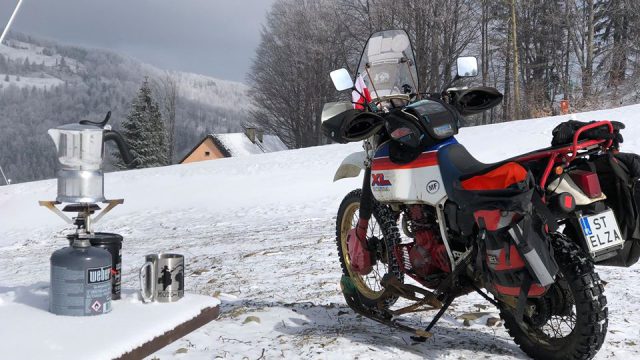 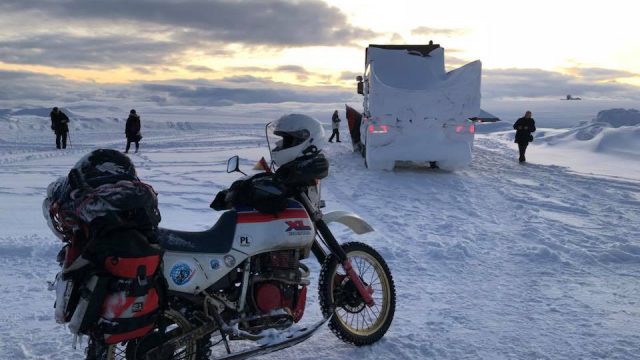 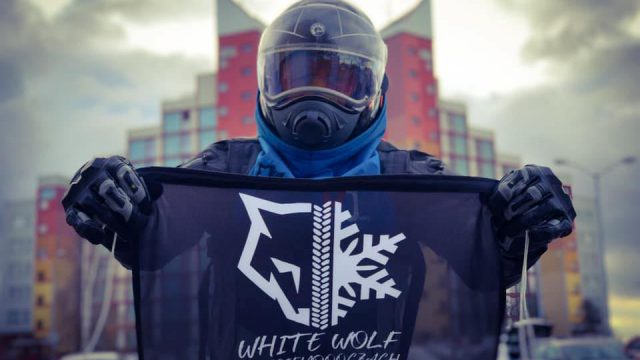