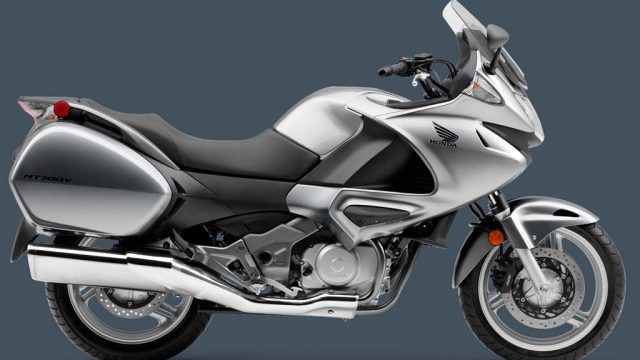 The GT segment in Europe has been gradually dwindling over the past years, with fewer and fewer manufacturers interested in offering true touring all-rounders. Triumph pulled the plug on the Trophy, Honda Pan European becoming a rarity, even the mighty Kawasaki GTR1400 being sacked. The only GT machines still around seem to be the Yamaha FJR 1300, Honda’s GoldWing and BMW’s R1250RT and K1600GT. But things may be about to change, rumors have it.

Honda’s current offering is a bit on the edge, as the GoldWing and its derivatives seem to appeal to a different type of customers than the GT bikes of yore, trying to emulate the vibe of American bikes rather than delivering THAT GT experience. However, the Japanese manufacturer may have an ace up their sleeve, if they decide to bring back the Deauville.

An updated Deauville might be exactly what Honda is missing in this class, and they have all the reasons to do it, and the technology. Just like the early Deuville machines used the Transalp engine with a different transmission and a comfy, touring-worthy frame, the new Deauville generation could be powered by the 998cc in the all-new Africa Twin.

That mill is brawny and has plenty of usable torque, and with the right gearbox, it could be a great choice for a GT bike. Honda’s DCT transmission is mature and was already tested in the wild, making a great option for a touring bike, too. Adding a shaft final drive to it is easy and cost-effective for the riders, eliminating the chain maintenance hassle for even more peace of mind.

A liter-class Deauville would also be lighter than what the competition offers now, and possibly, nimbler. Throwing in the present-day electronic aids would be fairly easy, while adding comfort-focused features such as the integrated pannier system and electric windscreen would also be a great step up. And if the price is not excessively steep, we might have a winner.

Will we get to see this bike introduced at EICMA later this year, what’s your take?