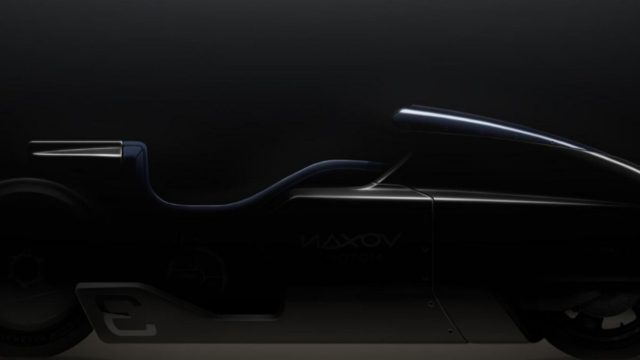 Voxan is a French Motorcycle company who refocused its efforts on manufacturing electric motorcycles. Wattman is their latest creation and its an electric power cruiser motorcycle featuring an exoskeleton chassis, a power unit making 203 hp (150 kW), 200 Nm of torque and boosting a top speed over 100 mph.

There’s no need to say that the future is electric, at least a part of the motorcycle brands around the world (Kawasaki, KTM, Honda, Harley-Davidson, and Suzuki) seem to go that direction even if it’s a slow process at the moment. This is not the case for French brand Voxan. They used to build petrol engine bikes in the past, but carmaker Venturi acquired the bike brand back in 2010 and focused Voxan to build electric motorcycles. Ten years later, voilà – the Wattman electric power cruiser. 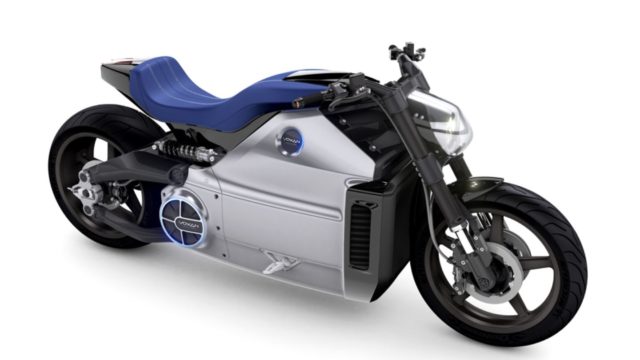 Voxan Wattman brings a couple of new and innovative elements and design features to the electric motorcycle segment. The bike is built around an exoskeleton chassis with the outer frame and bodywork elements linked together to form the backbone of the motorcycle. This technical feature is mostly known as a structural design used for building cars and most likely Voxan applied this configuration inspired by Venturi cars. 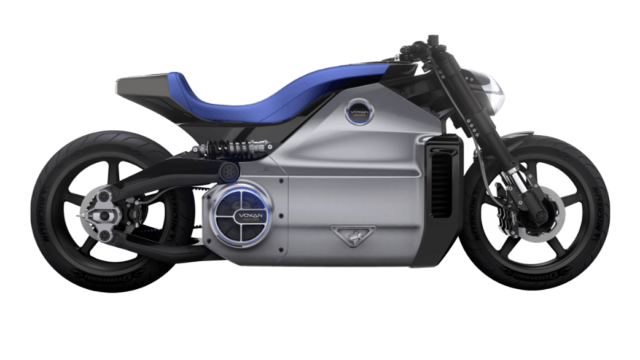 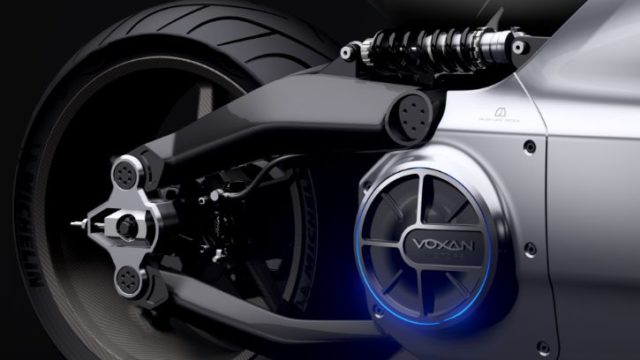 The power unit was designed and built entirely by Voxan and features permanent magnets and liquid cooling. The power figures are quite impressive for an electric power cruiser motorcycle – 203 hp (150 kW) at 10,500 rpm and 200Nm (147lb-ft) of torque. The brand claims a top speed exceeding 100 mph (160 kph) while the 0-100 mph (0-160 kph) time is six seconds. Furthermore, the 0-62mph (0-100kph) time is 3.4 seconds. With all that power, Voxan claims that they’ve built the most powerful electric motorcycle in the world. 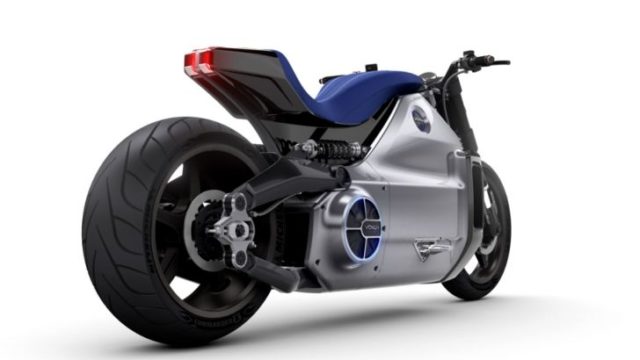 Voxan Wattman is equipped with a 12.8kWh battery pack encased in aluminium panels linked together with the power unit’s casing. This gives the electric motorcycle a cool and strong look. The range is around 110 miles (180 km). Now, the interesting fact is that Voxan says the recharge time of the battery up to 80% sits at 30 minutes from a level two charger.

Moreover, the electric power cruiser needs some grip to put on the tarmac all that power. So, it’s equipped with a 240mm rear tire while the wheelbase sits at 1705mm. Those figures are quite big for a normal motorcycle. 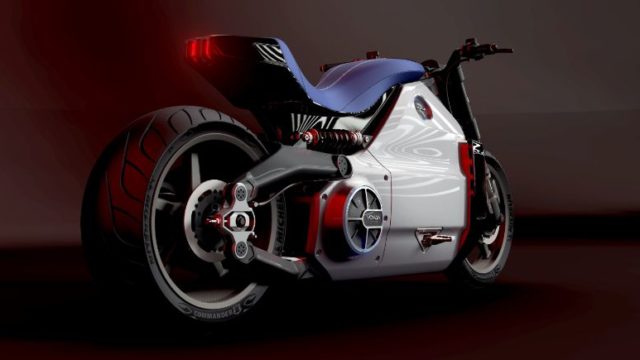 Voxan designed the first Wattman concept back in 2013 and now the company offers to versions – an on-road Wattman and a high-performance version designed to set new world speed records.

The road-going production Wattman took to the track for the first time on 12 March. Unfortunately, the testing programme was interrupted by the Covid-19 crisis. After the lockdown was lifted in Monaco, on 4 May, the testing programme resumed. Voxan says that they’ll continue to develop the software part of the motorcycle in the coming months. This is necessary in order to determine the performance capabilities and thermal stability of the bike, with the aim of easing the motorcycle up through the speed increments during test sessions. Also, a full-scale testing programme will follow after that. 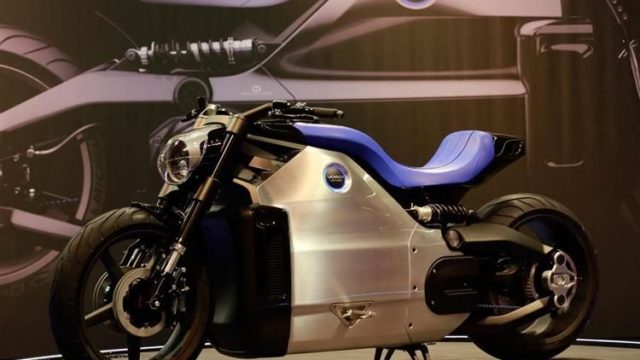 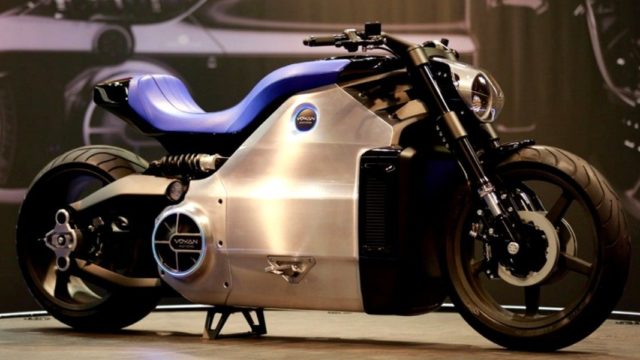 On the other hand, Voxan Wattman high-performance version was designed by the bike brand and Venturi at their Monaco factory and it will attempt to set a new world speed record in July 2021. Moreover, the Salar de Uyuni in Bolivia, the world’s largest salt flats, will provide the stage for the 367 hp (270kW) Wattman’s attempt to break the 206.25 mph (330 kph) mark. Also tomorrow, July 1st, the World Speed Record version will be unveiled in an online live event. 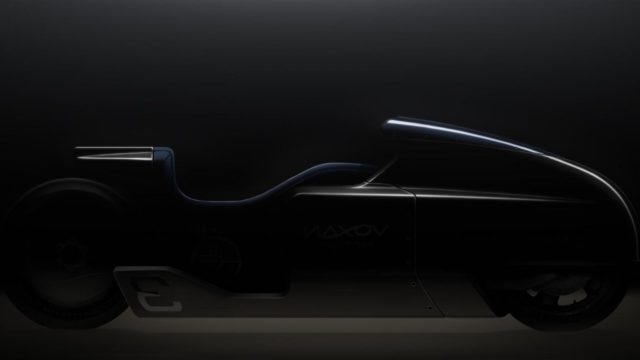 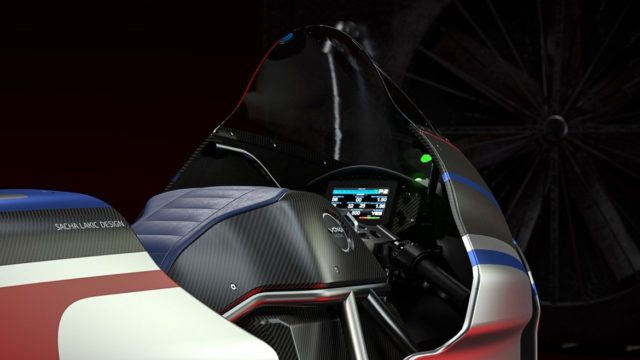