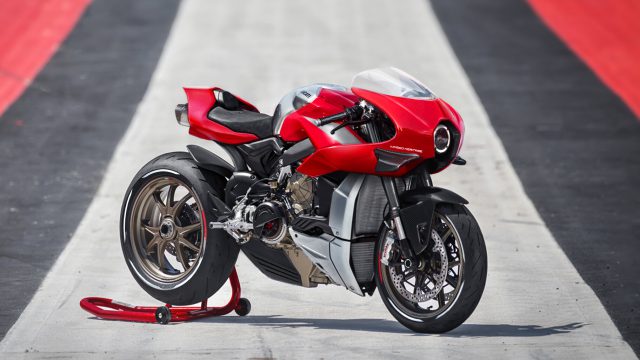 Retro and futuristic sketches of Italian motorcycles, Yamaha and Harley-Davidson

Jakusa Design Ducati MH900 Heritage is a homage brought to MotoGP legend Mike Hailwood. The bike is a mixture of the Panigale V4 platform and the Monster model. And this bike is not the only insane design rendering from Tamas Jakus as his models never cease to impress.

The Hungarian designer combines different models into motorcycle design sketches. No matter how futuristic they look, some of them become real custom made bikes. We picked a couple of them that we find are cool machines.

The Ducati MH900e (Evoluzione) dates back to 2001 and represents one of the Italian brand’s most appreciated model – the Monster bike range. Pierre Terblanche is the man behind the original design and we have to say that even though the bodywork has a couple of decades in the spotlight, it never gets old. It captures that neo-retro look of some modern motorcycles.

That wasn’t enough for Tamas Jakus as he had a different idea of what the bike should look like. The design sketch captures the MH900e bodywork and fits it to the Panigale V4 platform creating what we see in these pictures.

The superbike platform was embodied into the Streetfighter V4 model and soon will feature on the upcoming Multistrada V4. We don’t have any info if this design rendering will become a real custom made bike like other models from Jakusa Design, but it’ll be cool to see a 214hp Monster V4 hit the streets one day. 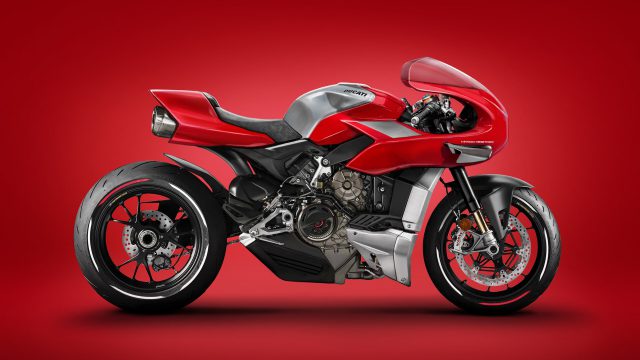 Another design interpretation of the Monster bike is the PANX2 sketch which in this case it’s focused more on what appears to be a superbike without fairings. Adding a new headlight, front fender, side bodywork elements and full carbon fibre wheels create a futuristic track bike. 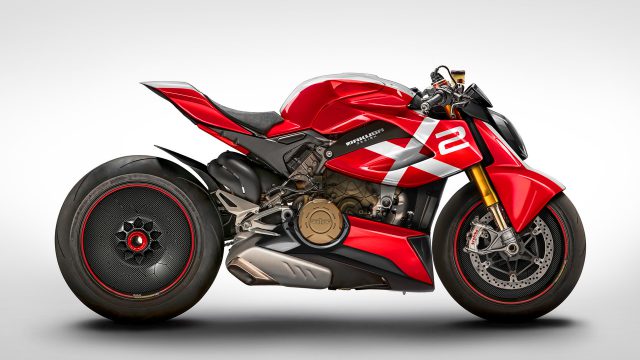 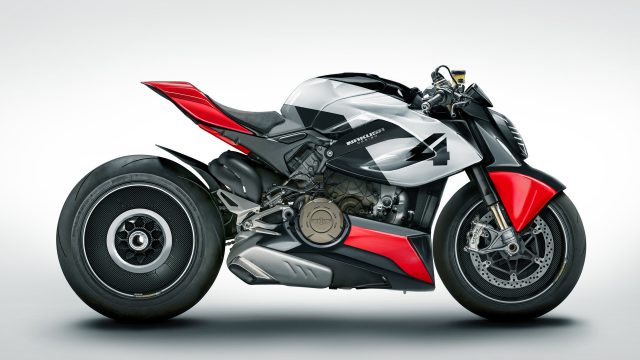 Last year this was another conversion of what a mixture between a Panigale V4 and MV Agusta Superveloce 800 inspired fairings with winglets could look like. One detail that stands out on this superbike design sketch is the full carbon fibre wheels. 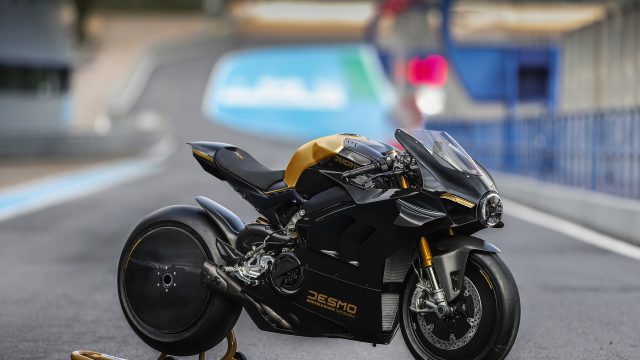 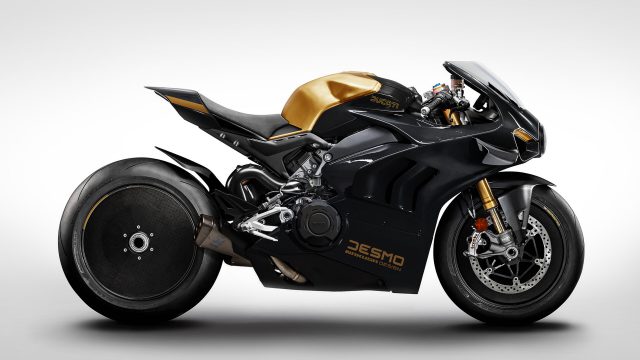 This time, Jakusa Design picked an Aprilia RSV4 model to create a rendering of a futuristic bike that reminds us of movies like Back to the Future or Mad Max. It looks like a robot that’s leaned forward. The key features are the front fairing design and swingarm. 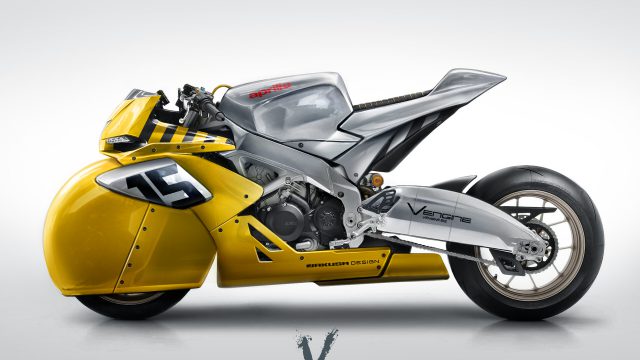 Sticking to futuristic machines the Linea Rossa is more aggressive with a full carbon fibre design inspired from outer space. The fairings have large air vents that resemble a shark while the full carbon fibre wheels, frond fender and tale unit complete the package. 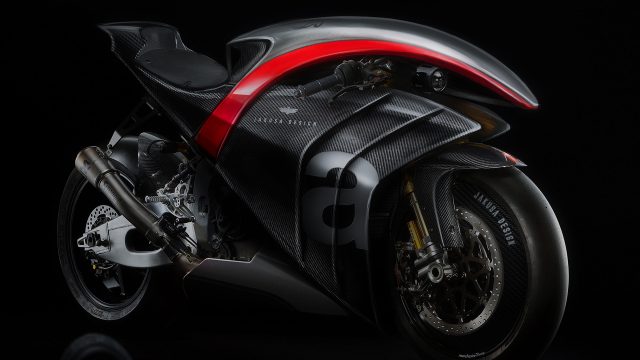 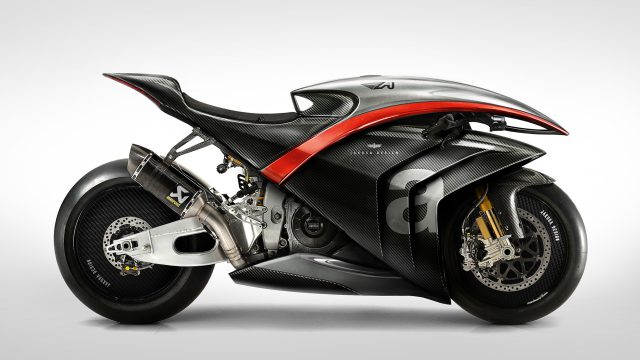 Tamas Jakus used for this bike rendering a fairing bodywork that hides all the front part of the engine. It still looks from another world like most of his designs, but this time the bodywork seems a mixture of MV Agusta heritage and new ideas of what the future may hold for bike designs. 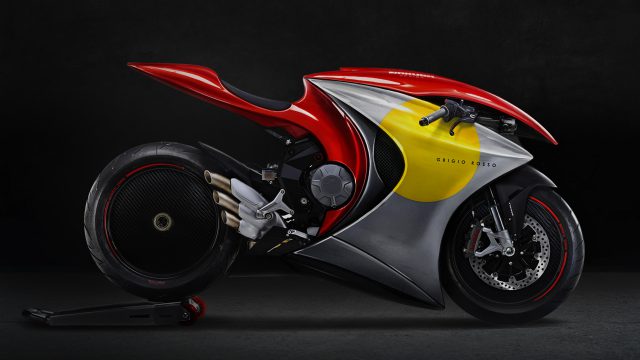 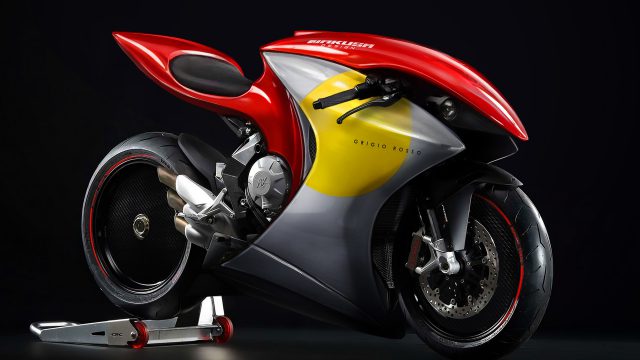 If the Milwaukee brand ever decides to build another version of their VR1000 sportbike, this design rendering could be a good source for inspiration. The headlight is the same as the original one, so is the windscreen. As far as the Harley-Davidson design goes, the retro style fairings help the bike stand out. Note the saddle-tank assembly recalling the rounded shapes of the late Voxan Café Racer. 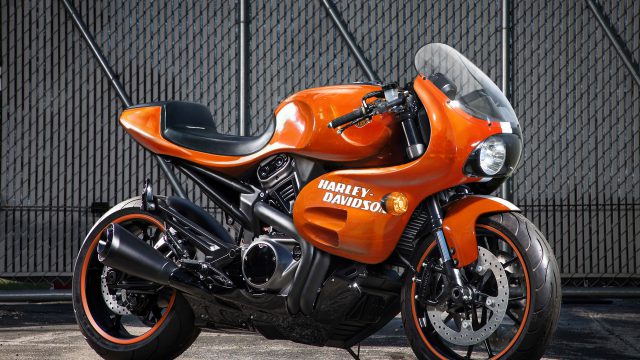 The legendary VMax was converted into a futuristic machine. The fairings have side grids that give a glimpse of all the mechanical components. One detail that looks cool is the saddle which Jakusa Design designed as a single unit without any subframe. 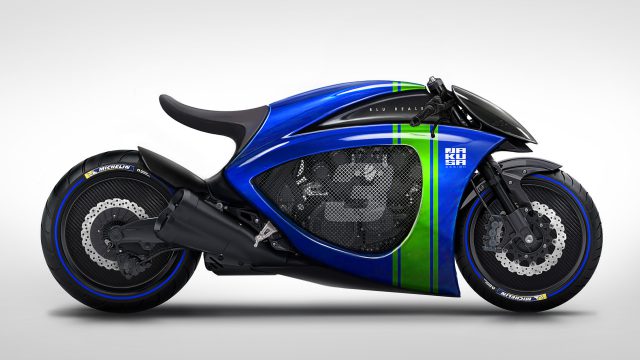 The YMax, on the other hand, it’s more daring. For this design project, Tamas used as a base model the MT-10 super naked and combined the design elements with the VMax. So, we could say it’s like the Jakusa Yamaha YMax is a super naked power cruiser. The rendering keeps the front end, headlight, tank and tail unit while adding the big V4 engine, air vents and exhaust system from the VMax. Nice design sketch. 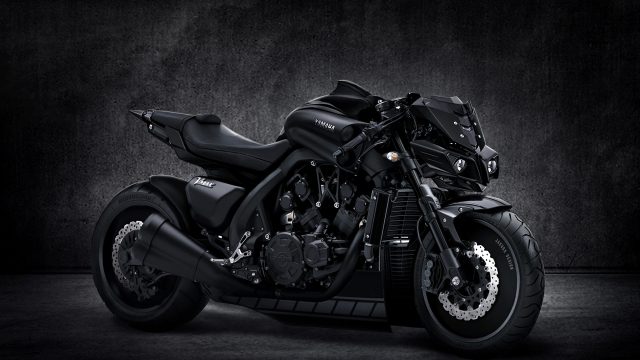 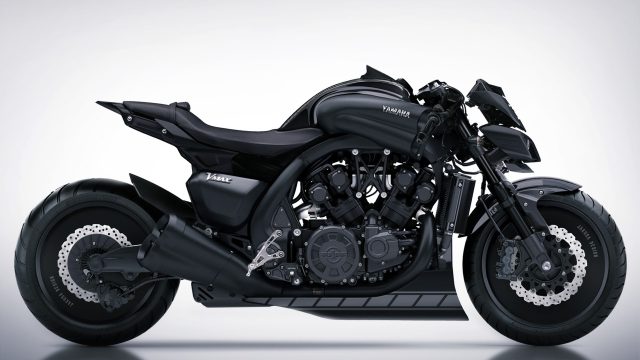