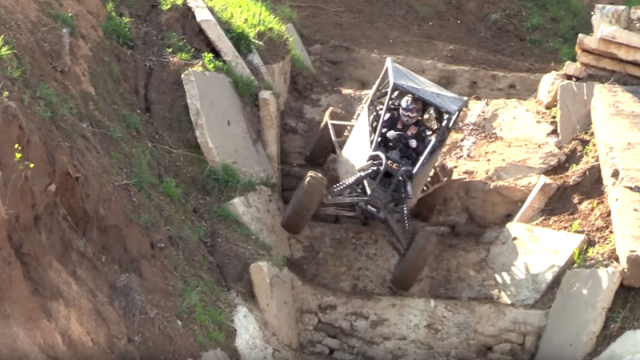 SxS racing has been around for years, and spectators enjoy such competitions, whether it’s rock climbing, desert races, climbing ash slopes and anything in between. We even saw six-seat off-road machines engaging in fast-paced strolls across unwelcoming terrain. However, it looks like nothing beats single-seat UTVs when it comes to riding truly hard.

So here’s some neat footage shot recently at the Bikini Bottoms races in Dyersburg, Tennessee showing just how cool a single-seat Can-Am Maverick X3 can be. Reportedly, this is a custom build that took part in the race and even won in the class.

We don’t have too much specific information as to how did Maverick X3 came to being, but it looks like we’re dealing with a custom built roll cage and chassis. If you’re a diehard X3 fan, maybe you could tell us more about the latter, but the superstructure definitely looks purpose-built for a single-seat project.

However, we do know that the X3 belongs to brothers Nathan and Paul Wolff, and they rode it to victory and third place, respectively. They used RCV axles, allegedly the sturdiest in the business, HCR suspensions and a HALO front differential, plus various other parts from different bespoke spares suppliers.

Transforming the X3 to a one-up buggy reduces the total mass of the vehicle, and gives it a better power-to-weight ratio. It also centralizes the weight for more symmetry and a more predictable behavior helping the rider feel the machine better. As you can see, this single-seater simply wreaks havoc on the worst sections of the circuit like a breeze.

Now, how cool would it be to see Can-Am picking the idea and delivering a one-up version of the Maverick X3? From where we stand, the project seems quite ripe, with some fancy, aggressive bodywork needed to make it look like a million bucks. What’s your take on this?