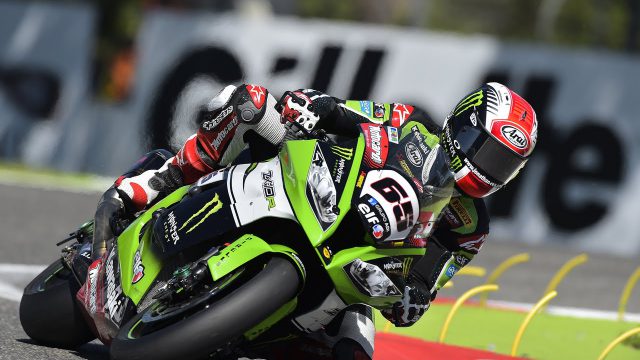 Last week the Jerez racetrack in southern Spain hosted the World Superbike and MotoGP riders for the first session of winter testing after the season finale. Timesheets often found WSBK riders closer to the MotoGP times. In the final day, Jonathan Rea outpaced the MotoGP machines and put himself top on the list.

You can also read:
Motorcycle Backpack vs. Regular Backpack. Is it worth the money?
Yamaha Tenere 700 is Production Ready. Here’s why

In the overall standings, the third time champion Jonathan Rea pulled the fourth quickest time of the week – 1’37.986. The Kawasaki rider managed to reach that time use a qualifying Pirelli tire. The MotoGP riders who went faster than Rea are Andrea Dovizioso, Cal Crutchlow, and Jorge Lorenzo.

The quickest in the Jerez test was Andreea Dovizioso who managed to beat the circuit record Thursday afternoon. The Ducati rider lapped 1’37.663, that’s 0.3 seconds faster than the record set by Jorge Lorenzo back in 2015. The asphalt on the racetrack was new and this might also be a reason for these strong performances.

Now the teams and riders can go home and relax during the winter break. The next MotoGP official test will take place in Sepang Malaysia on 28 of January.