Katalis is a company based in Jakarta, Indonesia and they had the idea to transform a Selis Garuda electric motorcycle into a machine resembling a World War II Fighter. Meet the Katalis EV.500. The bodywork was reworked while some components were borrowed from Honda models.

Julian Palapa, the man behind this custom bike, started to work on this project using a Selis Garuda which is an electric scooter fitted with a 500W power unit. It’s fitted with a 48-volt & 12 Ah battery good enough for a range of 40 kilometres or 25 miles. Top speed is set at 25mph. Not bad for a donor machine costing $650 which is less than an iPhone11. 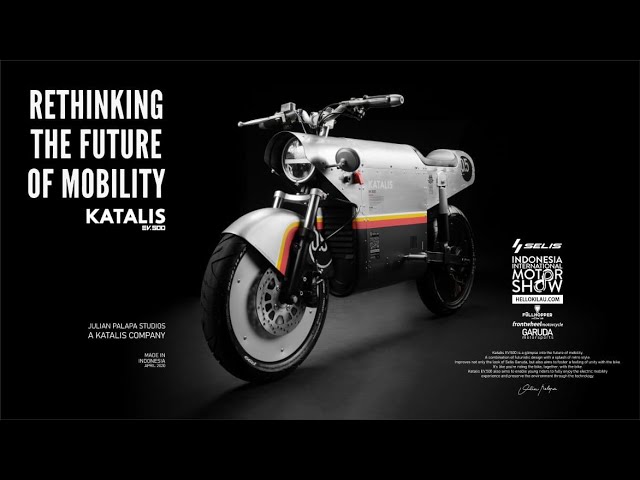 The main target for Katalis was to build an eco-friendly urban machine to ride through the congested streets of Indonesia’s capital rather than a performance electric motorcycle. 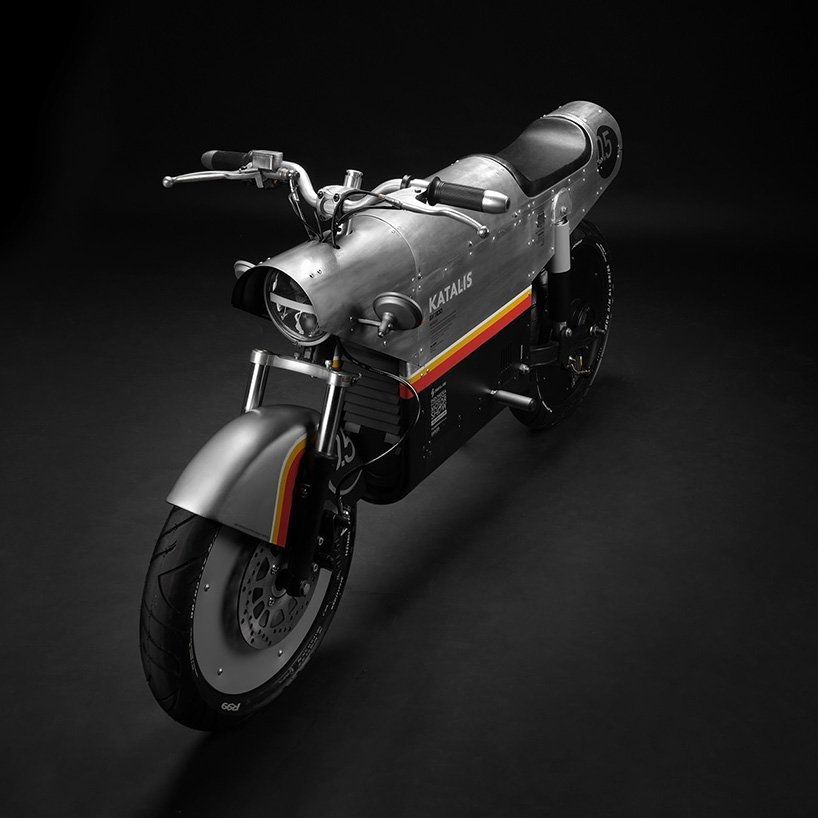 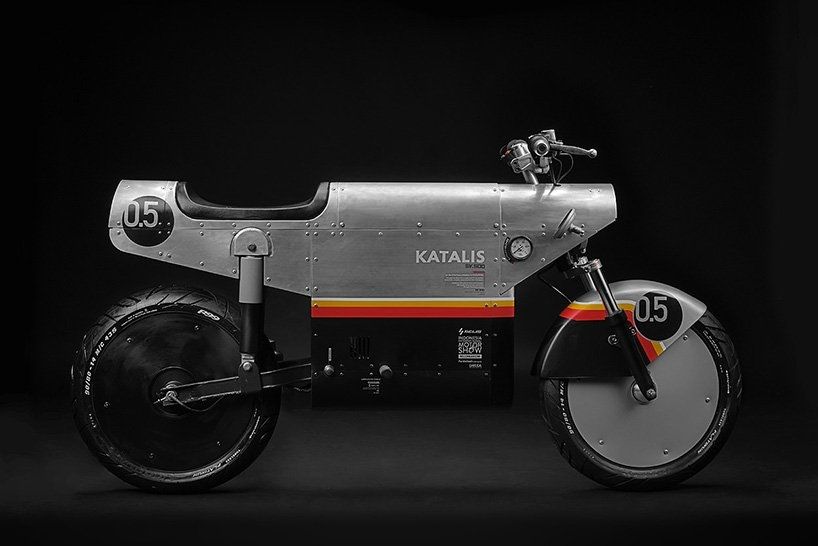 “We think it is quite rare to have an electric motorcycle design with a metal body or ‘shield’,” Julian says.

Moreover, to complete the project, Palapa received help from local customizer and paint shop Frontwheel, and the race team Garuda Motorsports. The Katalis EV.500 features a custom-made aluminium triple tree, new aluminium wheels while the rear shock was replaced with a Honda unit. 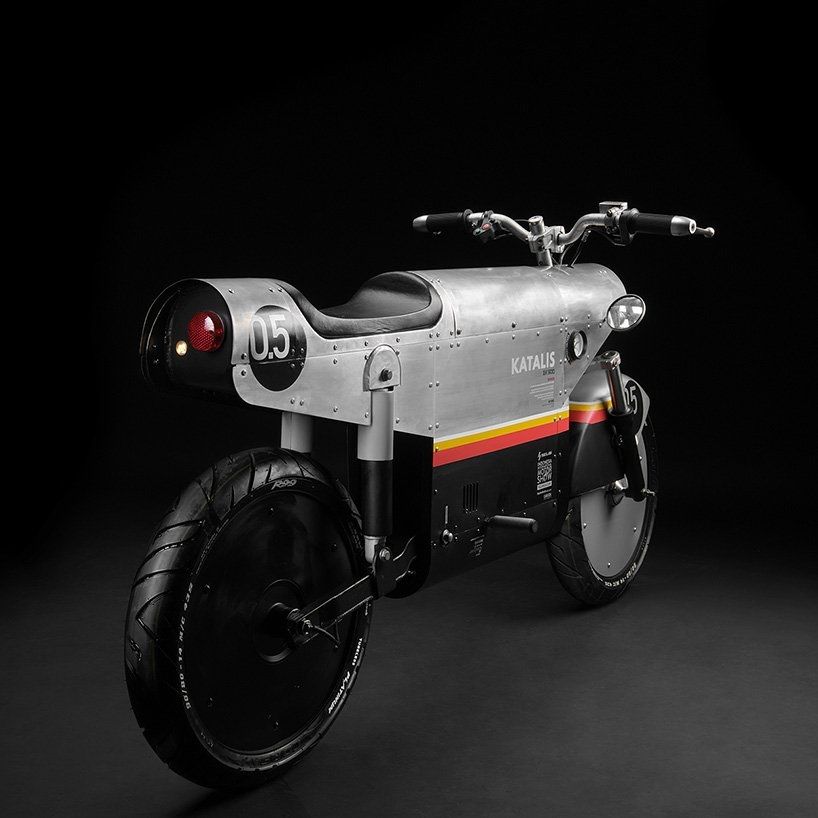 The electric motorcycle should have been unveiled at the Indonesia International Motorshow in April, but unfortunately, the event was cancelled. So, the EV.500 was put on display online. Katalis will build a limited number of units and will offer an option to upgrade the power unit to a 1000W. 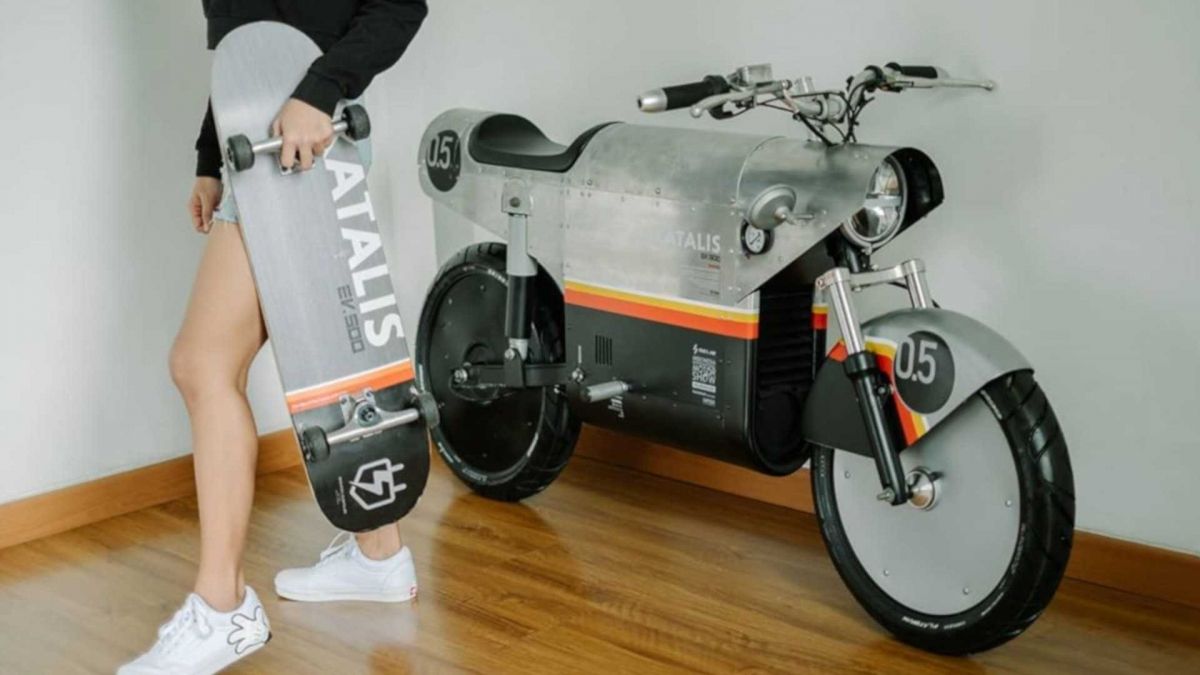 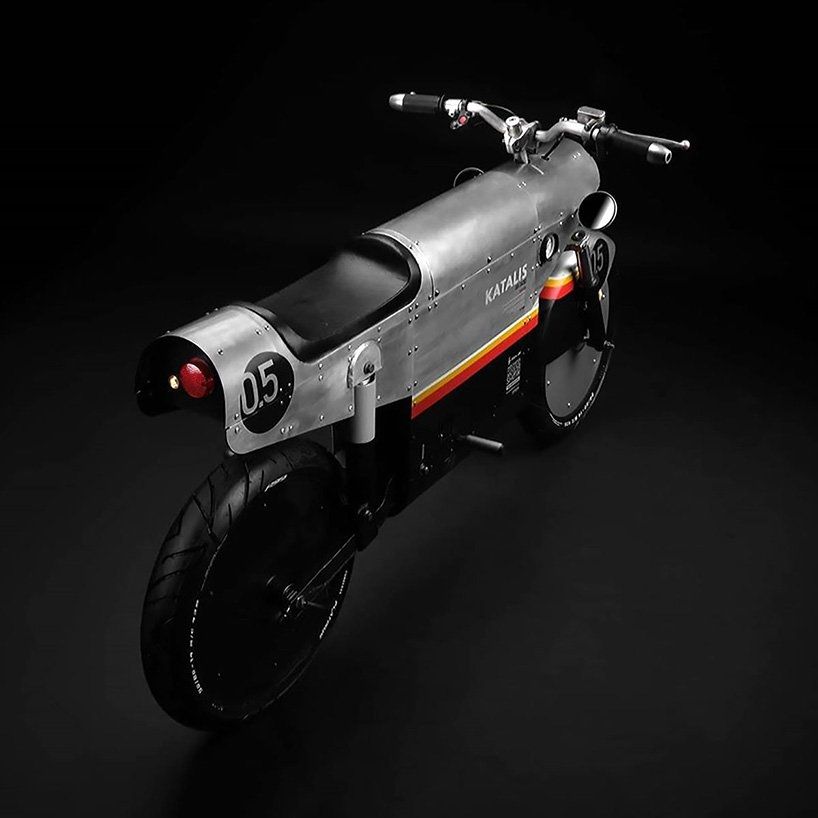 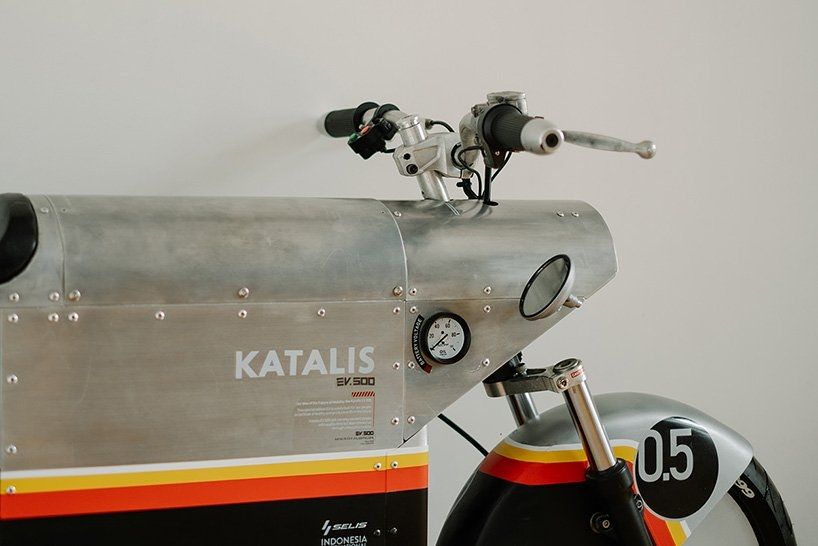 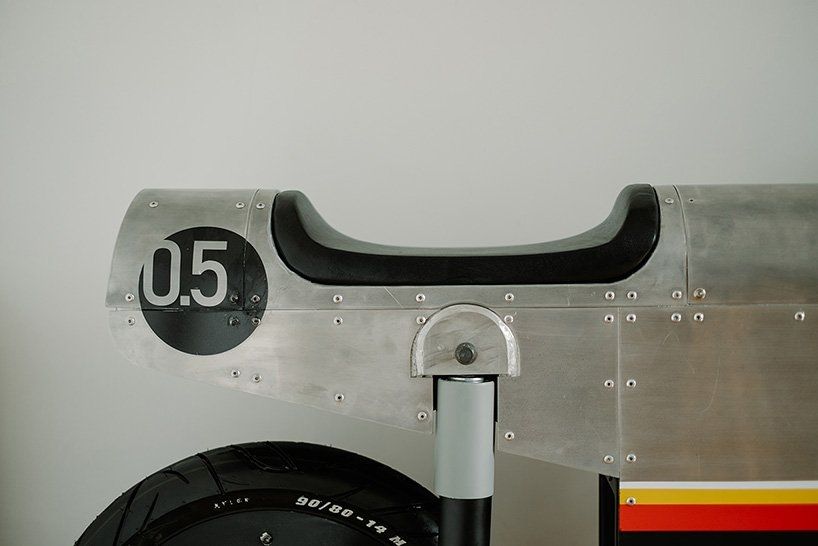 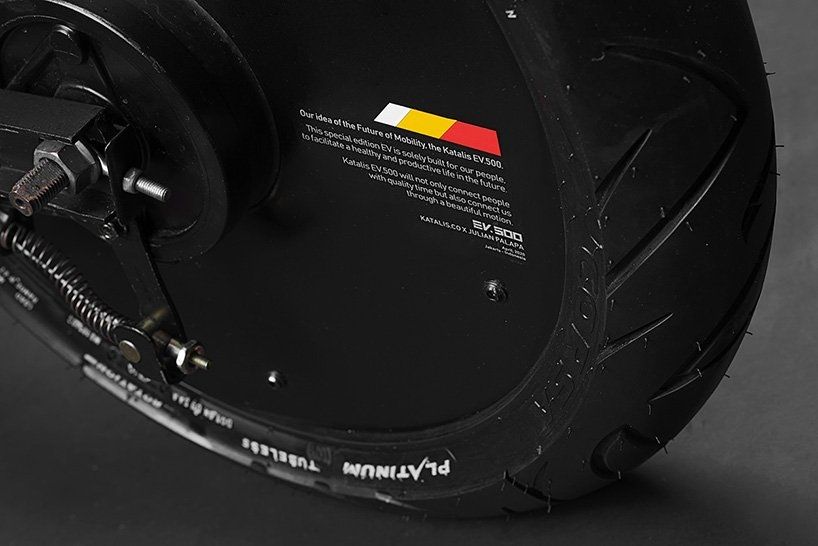