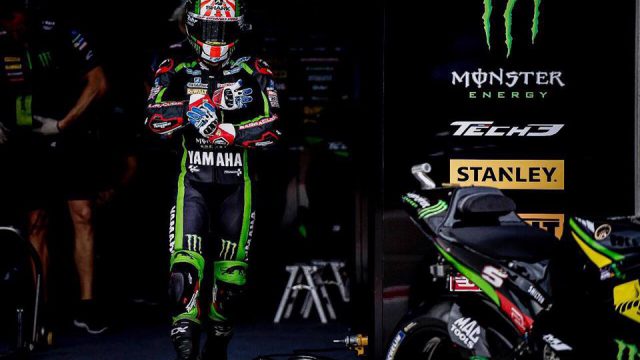 MotoGP bombshell | “We have a better deal”

Yamaha and Tech3 announce that 2018 will be their last season as partners in the FIM Grand Prix MotoGP World Championship, according to an official statement. “We’ve been offered a deal, that includes something we’ve been waiting for almost since we started with Tech3 and I couldn’t say no”, says Herve Poncharal, team manager.

“After 20 mutually successful years of partnership, Tech3 have informed Yamaha that they will end their collaboration with Yamaha at the end of the 2018 season. Yamaha have accepted Tech3’s decision and will provide its full support to the team until the last race of the 2018 season.

Tech3 will continue its participation in the MotoGP (and Moto2) World Championship and will announce its plans for 2019 and beyond at a later date.

Yamaha is in the process of deciding whether they will run a satellite team for 2019 and, if so, what form that collaboration will take.”

“Very recently we were informed by Hervé Poncharal, the owner of Tech3, that he has decided not to extend his contract with Yamaha to lease YZR-M1 bikes. After discussions with Hervé it was clear that he has chosen to align with a new partner for the future and therefore, regretfully, we were obliged to respect and accept his decision”, says Kouichi Tsuji – General manager Motorsports Development Divison, YMC.

“Tech3 is a small company, which has to think about the future and has to weigh the different options. We’ve been offered a deal, that includes something we’ve been waiting for almost since we started with Tech3 and I couldn’t say no. But obviously, we are the Monster Yamaha Team until the last lap of the Valencia GP 2018. Johann Zarco and Hafizh Syahrin will be fighting for top positions and without a doubt, Yamaha can count on us to be a loyal performant partner”, says Herve Poncharal – Team Manager.