Sjaak Lucassen is preparing his 2001 Yamaha R1 to face the extreme temperatures and conditions of riding from Alaska to the North Pole. The trip will take three years to complete.

Sjaak Lucassen is a Dutch rider who likes to travel on superbikes in extreme conditions. Next adventure? To the North Pole on an R1. Sjaak Lucassen is preparing to travel to the North Pole in a three-stage trip of around 3,000 miles starting from Anchorage and finishing at the North Pole. The date is set for January 2021 with Stage One while Stage Two will begin the following year and Stage Three is scheduled for 2023.

It takes three years to complete the motorcycle adventure trip due to the extreme conditions needed in order for the ice to remain frozen. So, there’s only a short window where it’s cold enough in January, February and March. Stage 1: Anchorage, Alaska to Tuktoyaktuk, Canada. 1,100 miles
It’s a road stage which will help Lucassen get used to the climate and the R1.

Stage 2: Tuktoyaktuk to Ward Hunt Island. 1,500 miles
This time around, it all depends on the ice conditions. The rider needs to avoid pressure ridges, which are piled up large ice fragments. Navigation skills are key at this point and Lucassen will likely need to find a local guide who knows the land, climate and ice for this run.

Stage 3: Ward Hunt Island to the North Pole. 500 miles +
The terrain will have stretches of open water and Lucassen will ride his Yamaha R1 over the polar ice. It’ll be a challenge to reach the North Pole riding over 500 miles in a straight line.

The first challenge Lucassen will face is the extreme temperature which can reach -40 degrees Celsius. He prepared for his adventure to carry a generator, a motor, a heat gun and fuel to keep himself warm. Moreover, he hopes the temperature stays low to avoid falling into any open water or cavities in the ice. He will also need to find someone to constantly watch the weather and satellite images all day for movements and shifts in the ground. Another obstacle is polar bears which the rider has to find solutions to be safe during his winter adventure. Paperwork and permits are necessary for riding this far to the North Pole as the rider needs to get a TV Channel and Guinness World Records on board. Furthermore, he needs to find a support vehicle and driver, arrange emergency rescue options and Lucassen will need to find someone to monitor the weather situation. Plus, for the final section of his adventure ride, he’ll need to find a dog sledge to follow him as a motorized vehicle won’t be able to offer assistance due to the extreme conditions.

Sjaak Lucassen prepared 13 years for this adventure and he rode a Yamaha R1 bike to the North Cape and to the North of Alaska on solid ground and maintained roads. Back in 2013, he has ridden an R1 all the way from the northernmost tip of continental United States to its southernmost tip on a 6,200 mile (10,000km) journey. The route began from Barrow, Alaska, over the frozen Beaufort Sea and on to Key West in Florida. Lucassen will ride a 2001 Yamaha R1 which he nicknamed “aRctic 1”. The motorcycle is heavily modified to withstand the challenges ahead which include riding across the polar ice-cap at -40 degrees Celsius. Basically, only the frame and engine from the original model were used as a starting base to build the motorcycle.

Many other components will be manufactured. The R1 was fitted with a 30cm (12 inches) front tyre and a 60cm (24 inches) rear tyre. The tyres are developed for vehicles that ride in snow or mud. To steer the bike, the front tyre features a bulging tread over its width. Lucassen had to widen the tyres to cope with the polar ice surface as the previous ones fitted on the R1 bike in his Polar Ice Ride back in 2013 didn't manage to face the extreme conditions. 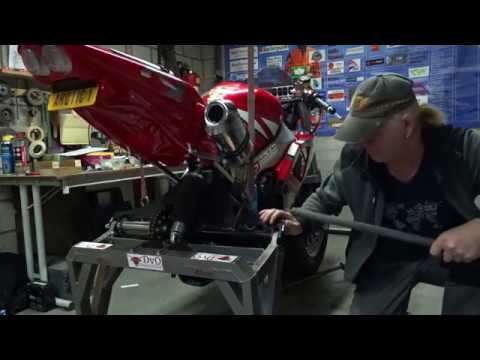 Furthermore, the speed at the rear wheel was reduced by 60% and the top speed of the superbike sits at 25 kph (15 mph). 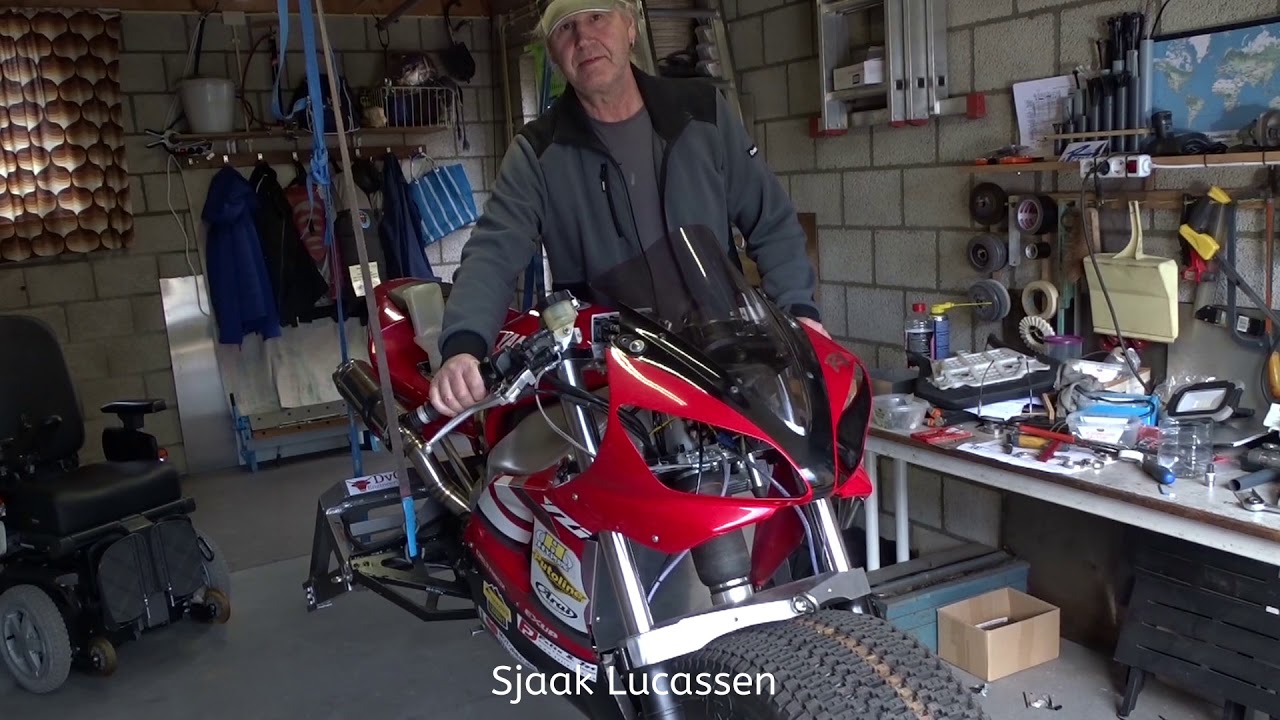 Also, the cooling system was modified to cope with the extreme temperatures as the regular bike oil solidifies at -25 degrees Celsius. It features a new radiator with an increased cooling capacity which is completely blocked from the front and side, so no wind can get in. The fan sucks air through the radiator and it isn’t a part of wind cooling. During each morning, the Yamaha R1 will need to be preheated and Lucassen prepared for this task a generator to heat the coolant and preheat the carburettors. The modified Yamaha R1 is being built to carry a 150 kg sledge filled with tools, supplies, food, clothes, sleeping equipment and some fuel. All the necessary fuel will be carried by a support vehicle.