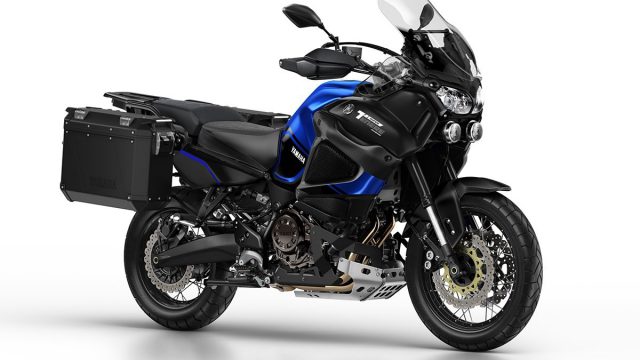 Adventure bike fans rejoiced as wraps came off at EICMA 2017

Yamaha has shown what it calls the Ténéré 700 World Raid Prototype, a tough rally-inspired bike that shows what next year’s production model.

The bike revealed at EICMA 2017 is a close-to-production example “used to develop the final specification” of the series interpretation, following last year’s T7 concept shown at the previous edition of the venue.

According to Yamaha, the Ténéré 700 World Raid Prototype has “the same rugged looking rally bike silhouette as the T7, with a number of fine tunings such as a lower seat height, that make the future production model accessible to a wide range of adventure riders.”

Powering the prototype is a 689cc twin-cylinder crossplane engine with a snazzy looking Akrapovič exhaust. It sits in a steel chassis which features an upside down fork up front.

Looks-wise, there’s definitely a Dakar vibe about it, and it looks like the T7 concept’s four-projector lights are most likely going to make it into the production model.

It also features carbon (used in the side panels, front fender, and the one-piece rear tail) which isn’t painted over to be shown off. A true looker!