Adventure Bikes Comparison: Weight & Power. How they changed through the years

The adventure motorcycle market restructured throughout the last decades. Now the bikes have more power, electronics and kerb weight

The adventure bikes changed dramatically in the last years. The technology is different, while the engine configuration, power delivery and kerb weight changed. Here’s a view of the big adventure motorcycle scene in the last two decades.

The base model made its debut at the ’86 Dakar Rally as the Honda NXR750V, and that’s the starting point of the XRV story. The motorcycle went through some facelifts over the years, and back in 2016, Honda changed it dramatically: the last model having optional dual-clutch transmission (DCT), a six-axis Inertial Measurement Unit that manages the four riding modes, cornering ABS, Wheelie Control (three levels and off) and Rear Lift control. 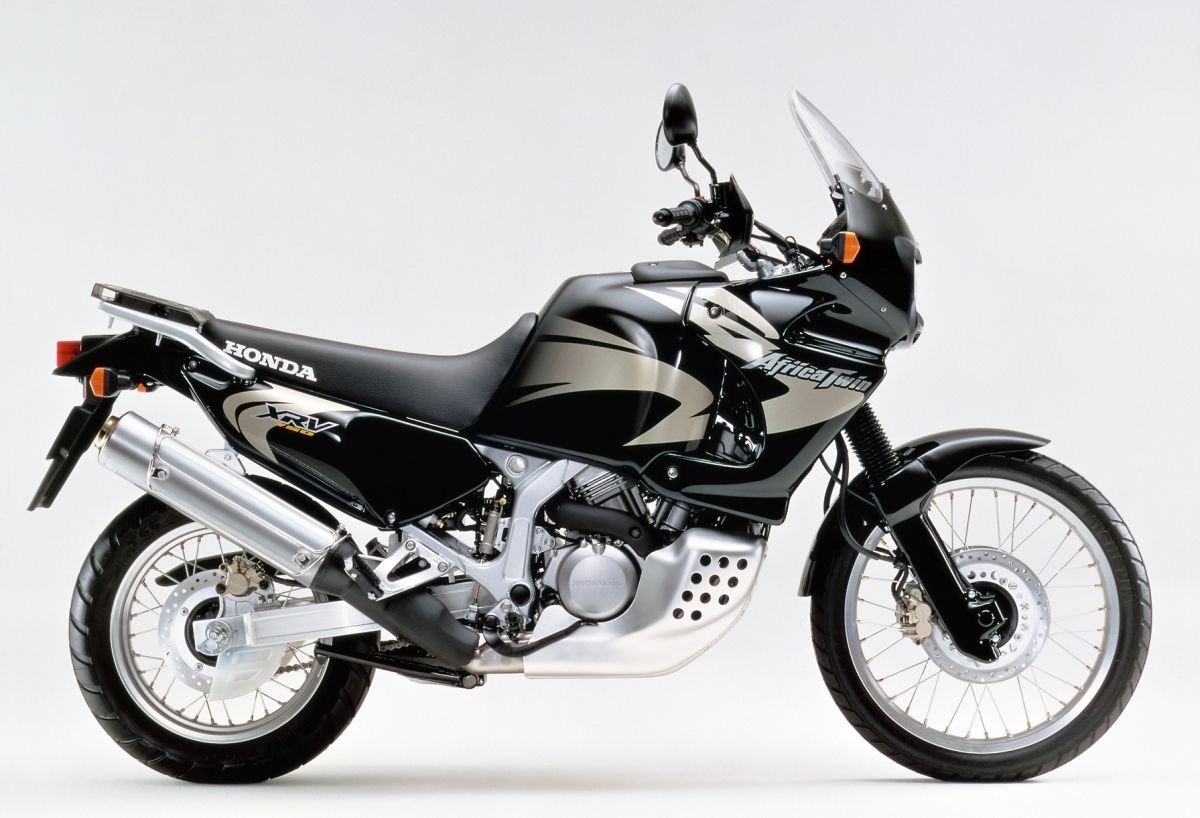 The motorcycle had three generations:

- 2020 – on. Honda CRF1100L Africa Twin Adventure Sports - 100 hp @ 7,500 rpm compared to the 57 hp of the first-generation model, the XRV650. Honda ditched the V-twin engine in favour of a Parallel Twin format and introduced the DCT which is a first for adventure motorcycles.

The kerb weight also changed from 218 kg wet on the XRV750T to 248 kg for the 2020 model equipped with a dual-clutch transmission. BMW remained loyal to the first suspension solutions introduced on the R80G/S bike back in the 80’s – the paralever/telelever. The telelever fork separates the two functions of wheel alignment and damping. In other words, a semi-trailing arm is fitted on to the frame and supports the fork and front wheel. The suspension and damping tasks are performed by a central spring strut, thus the Telelever fork only needs to absorb low bending functions under braking and when riding over bumps the slider and fixed fork tubes cannot jam each other. 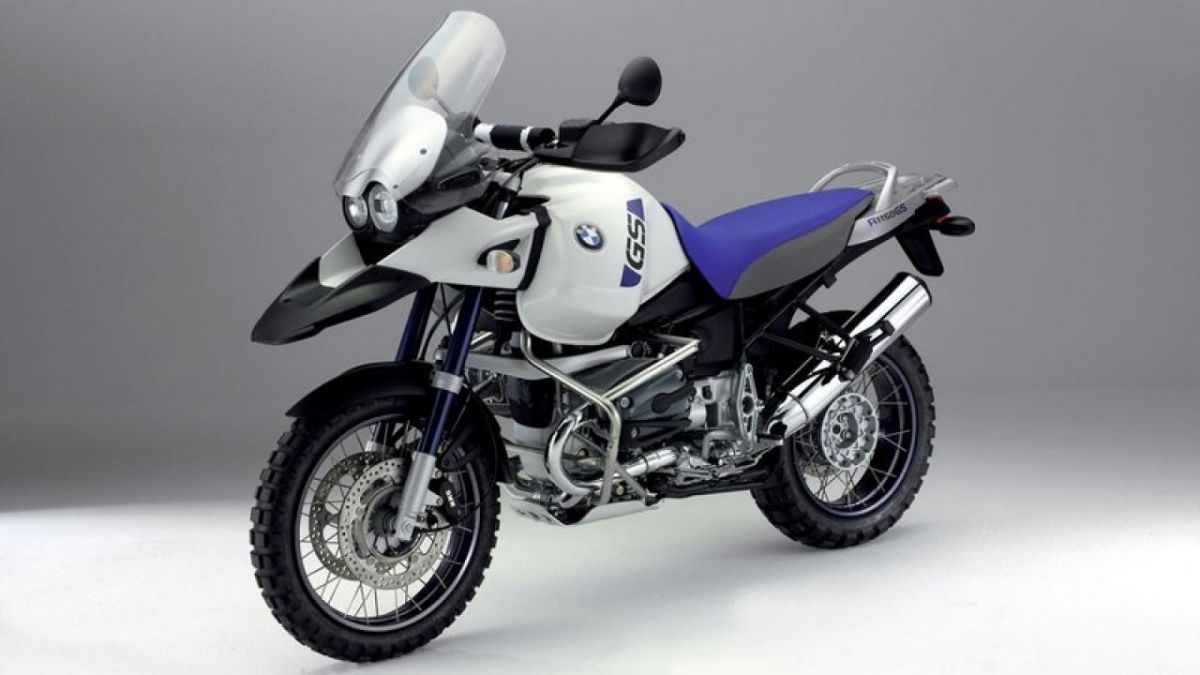 It offers weight advantages and good response characteristics due to the help of designing the geometry of the motorcycle. The benefits of the Telelever fork are for the electronic control of the ABS which is more sensitive with this solution and no bending vibrations appear.

Although the suspension solution is quite the same as the original format and the kerb weight remained at 249 kg, the power of the motorcycle changed from 85 hp for the R1150GS to 136 hp @ 7,750 rpm on the BMW R1250GS. 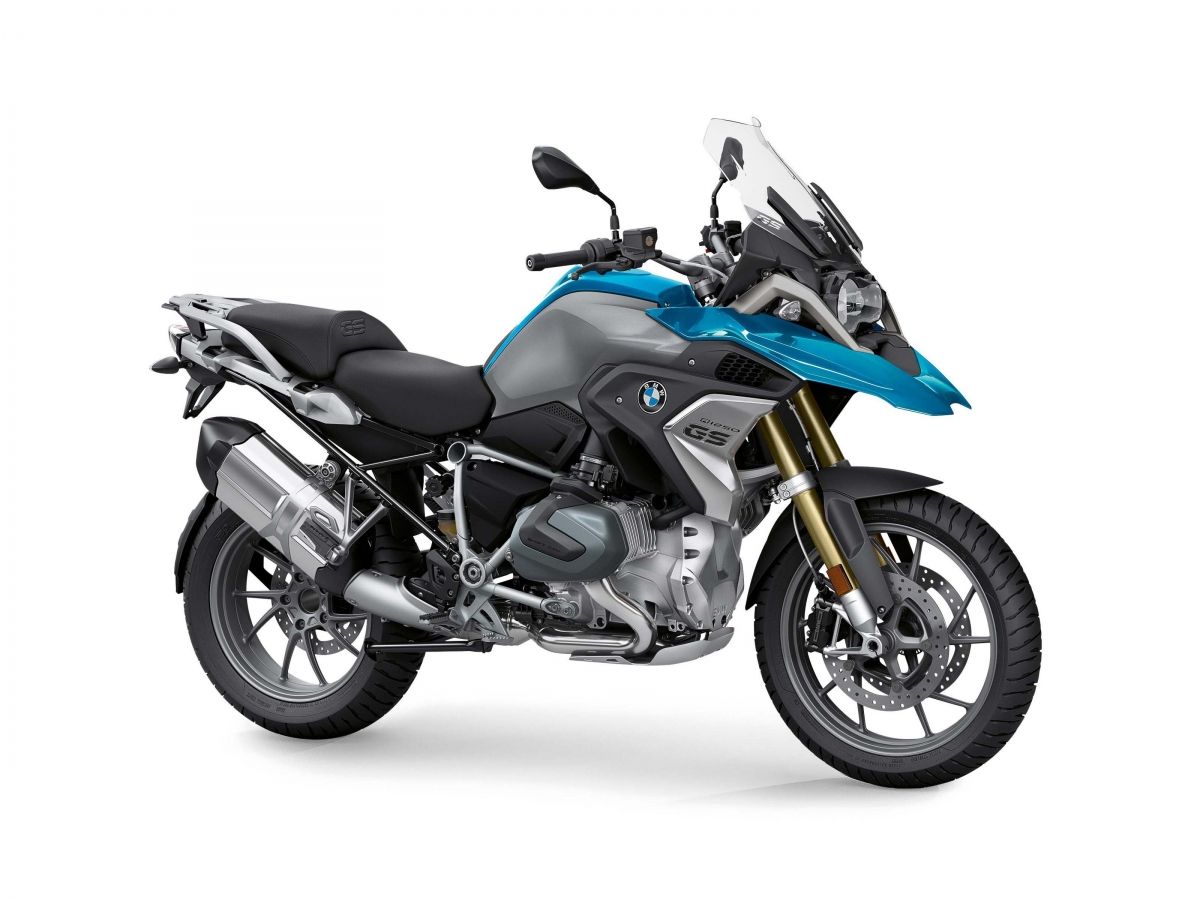 - R1250GS LC, R1250GSA LC – BMW introduced shift cam technology – the ShiftCam variable camshaft control offers a higher torque curve over the entire engine speed range which gives more control with acceleration. The camshaft has dual lobes and a shift gate that engages the high valve lift set when the throttle is fully open. One set of cam lobes is used at lower speeds to offer a smoother engine response and better mileage, while the other set of cab lobes is used for full-throttle acceleration. 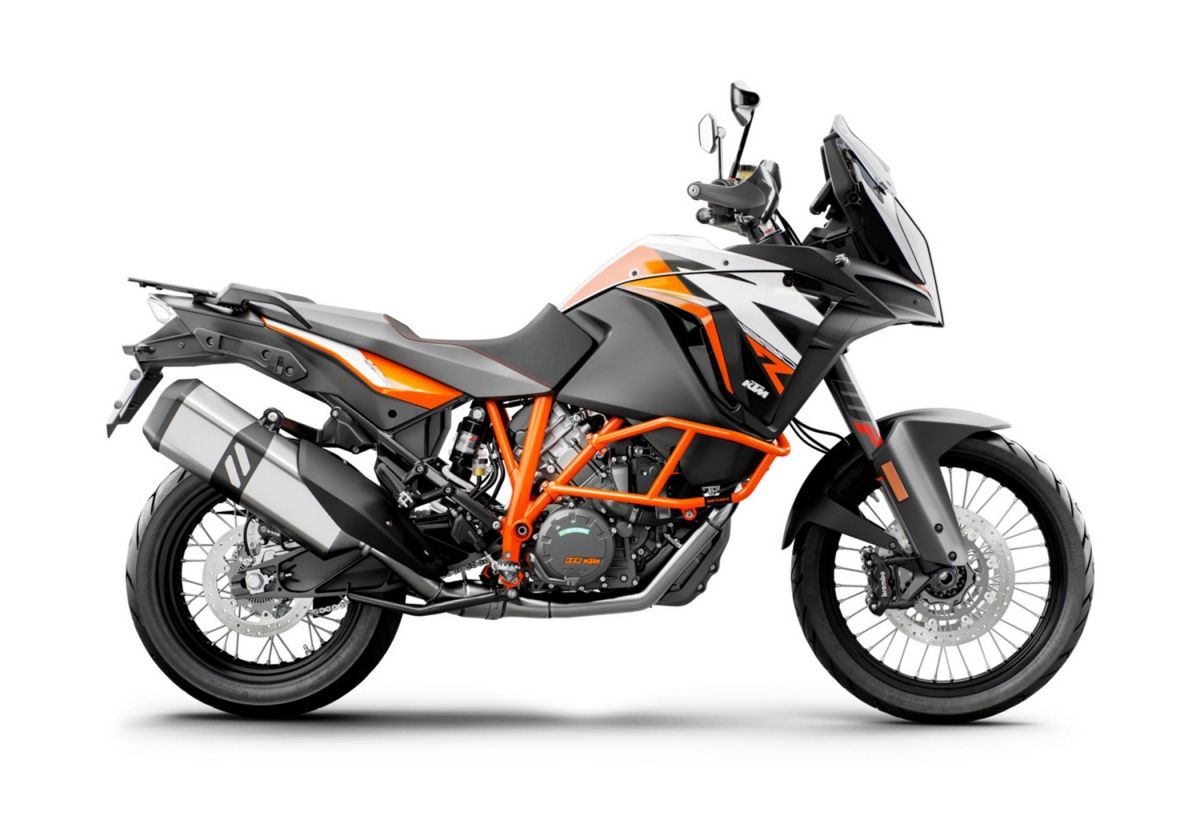 The kerb weight also changed from 220 kg to 240 kg on the 1290 Super Adventure R. Even though the biggest, most expensive, most powerful KTM is the 1290cc one, it is said that the real successor of the 950 Adventure is the 790 Adventure R model. 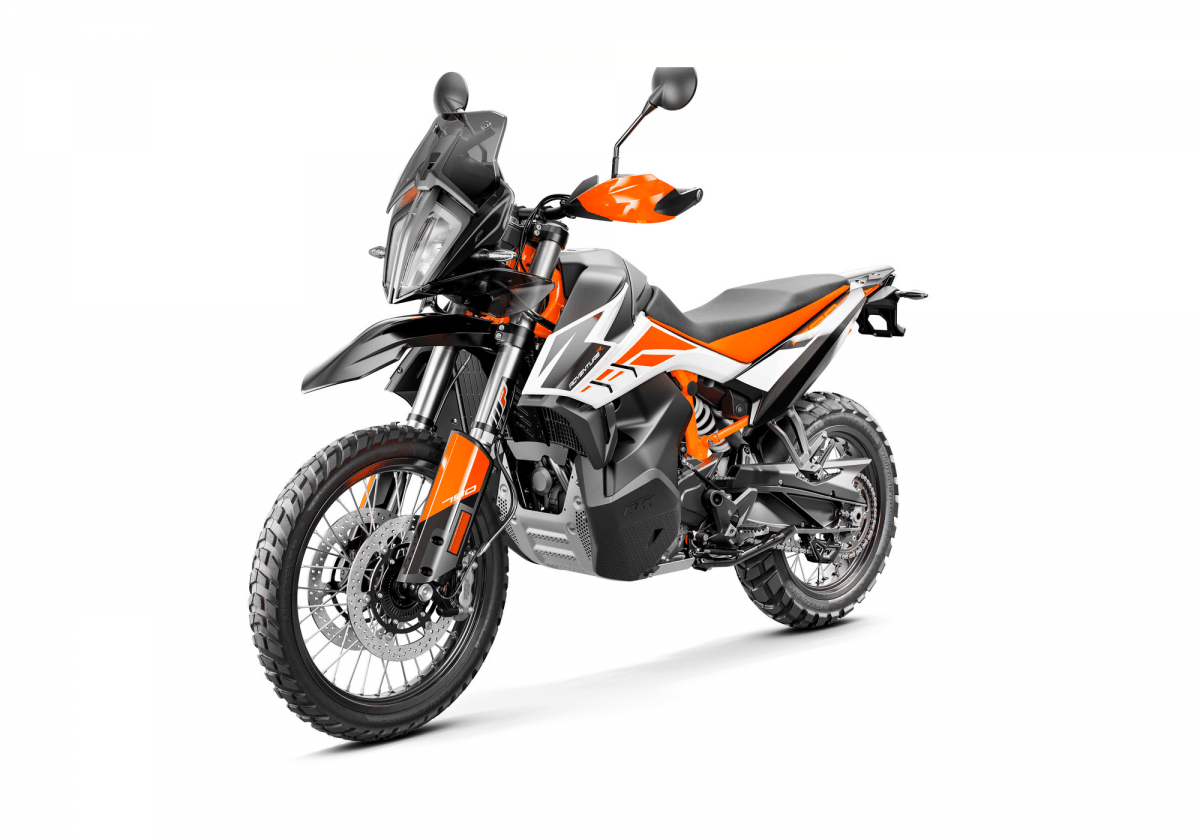 Yamaha remained loyal to the classic Super Tenere bike. It first appeared on the adventure motorcycle stage in 1983 as the Yamaha XT600Z Tenere which was based on the XT550 model with an overbored engine, big 30-litre tank and race colours. 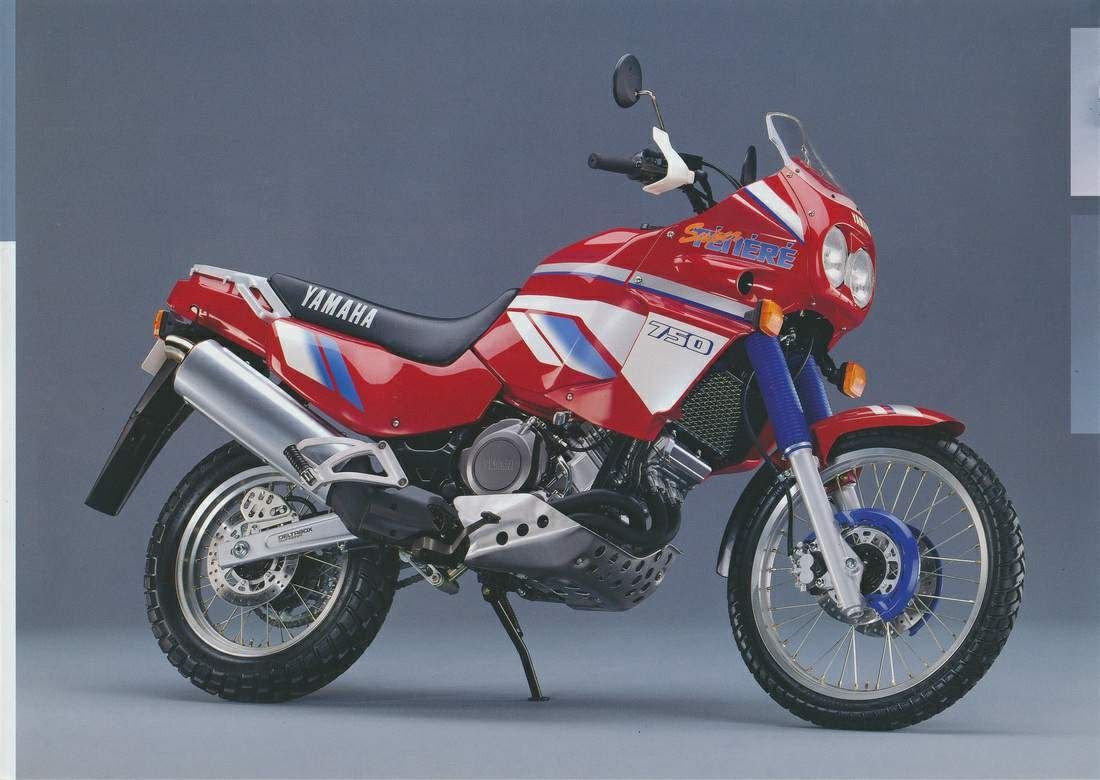 The Yamaha XTZ750 Super Tenere made its launch in ’89 and was fitted with an all-new parallel-twin 749cc engine making 70 hp, twin front brake discs and 26-litre fuel tank.

In 2020 the Yamaha 1200 Z Super Tenere follows the same basic form of the XTZ750 model. Now the motorcycle has a 1199cc parallel 2-cylinder engine, twin headlights and a steel frame. It has three-way traction control, Intelligent Unified Brake System and ABS, a cross-plane crank and 23-litre fuel tank. The latest Super Tenere makes 112 hp @ 7,250 rpm. It is the same bike as the 750cc machine with a bigger capacity engine and more electronics.