The upcoming 2021 Triumph Trident has been seen in full form and camouflaged during some tests near the British manufacturer’s plant. The middle naked motorcycle could debut on the market in spring next year.

Triumph is set to take on the middle naked bike segment with its 2021 Triumph Trident. This means that the small naked motorcycle will have to face some rivals like the Honda CB 650 R, Yamaha MT-07 and Kawasaki Z 650. First, the new three-cylinder roadster has been seen as a design prototype and now we have a glimpse of what to expect from the new bike as we can see it camouflaged in full form.

Triumph keeps quiet regarding the tech spec, but the photos reveal some of the bike’s features. So, the 2021 Triumph Trident features a redesigned frame which embraces most likely the 765cc three-cylinder engine borrowed from the 2020 Street Triple model. The power delivery could be around 95 hp. There are no official news about the displacement, but looking at its rivals in the middle naked segment, the British bike’s engine could feature a displacement between 650cc and 700cc. Taking into count the supposed power output, the 2021 Triumph Trident could also come with an A2-compatible version.

Most likely, the new middle naked motorcycle should be equipped with all the necessary rider aids and electronics like ABS, traction control, riding modes. The question is regarding which rider aids will be fitted as standard and which ones will be offered as optional accessories. Probably, if the 2021 Triumph Trident will have a quickshifter, this feature will come as an option. 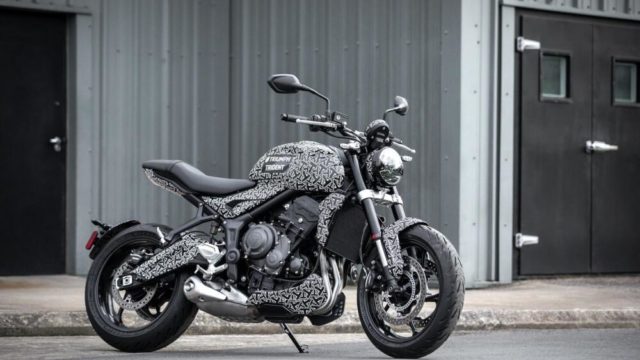 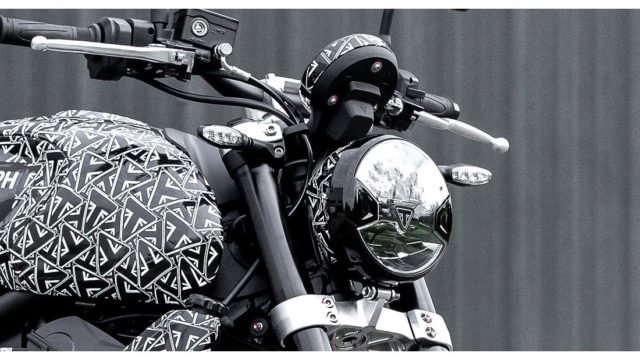 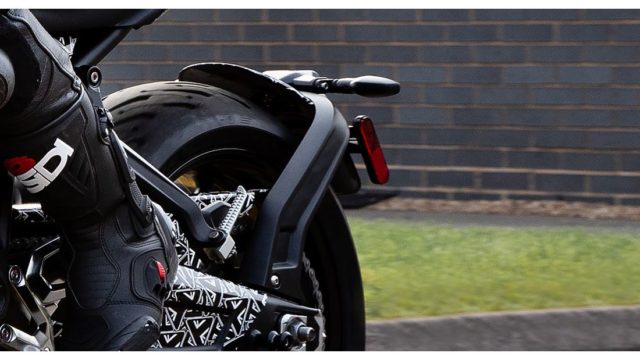 The bodywork reveals a classic round headlight while the license plate holder stands fitted on the swingarm which has a banana-shaped arc around the exhaust system placed under the engine on the left. On the right side, the swingarm is straight. Moreover, the central spring strut is hinged directly. Suspension wise, the 2021 Triumph Trident has an upside-down fork. The wheels feature 17-inch five-spoke cast rims covered with a 120/70 tire at the front, and a 180/55 tire rotates at the rear.

The braking system lacks any radial-mounted caliperes as they are axially fitted. The handlebars look quite short and the dash appears to be a bit small.

One aspect that is important in the middle naked motorcycle segment is the price. As far as we can see in the photos, the 2021 Triumph Trident looks focused to attract beginner riders and the motorcycle, without the camouflage, could not be equipped with fancy components indicating a low price tag. Moreover, Triumph could have set the middle naked motorcycle to be the cheapest bike in their range while the new Trident model might be manufactured, like almost all other Triumph bikes, in Thailand. 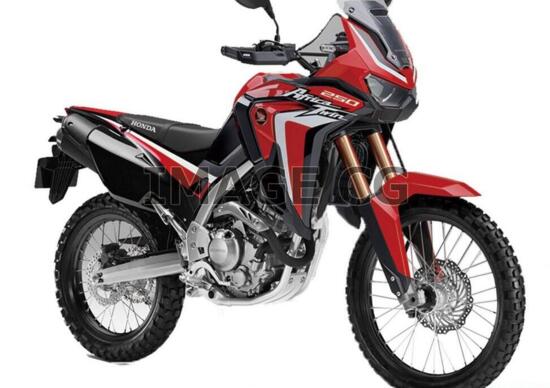