During the last Sepang test, the Yamaha MotoGP team has been testing a technology to improve the performance of the bike while powering off the line. It stiffens the rear suspension, keeps the front wheel down and makes the YZR-M1 bike start faster. Will all this help Valentino Rossi’s results? 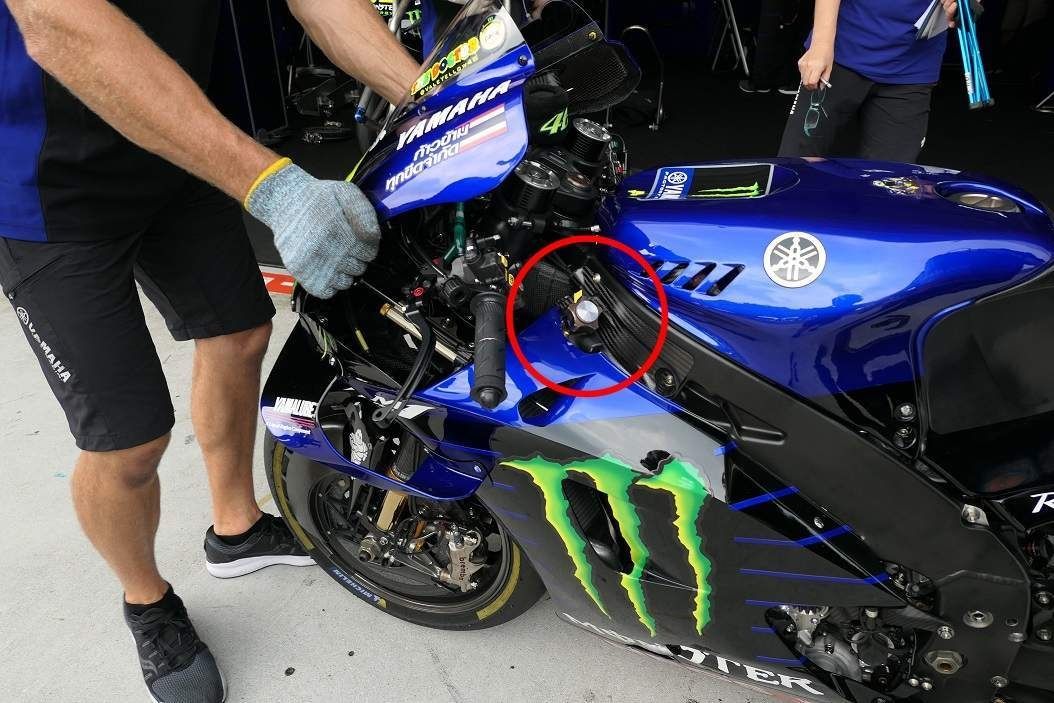 As the pictures show, the Monster Energy Yamaha MotoGP team started to develop a holeshot device to help improve the start performance of the YZR-M1 bike of Valentino Rossi. The system has been tested at the latest Sepang tests in February. The holeshot device is fitted behind the fairings and it lowers and stiffens the rear of the bike for the start of the race. As an effect, it stops the bike squatting from the power delivery when it starts providing more engine power and helping the rider to remain in control of the bike. Also, it helps the YZR-M1 keep the front wheel down and power off faster from the line. Other teams have used this technology last year like Ducati and Aprilia have been testing its version, too. It will be interesting to see how the holeshot device will help Valentino Rossi with his results in the 2020 MotoGP season.