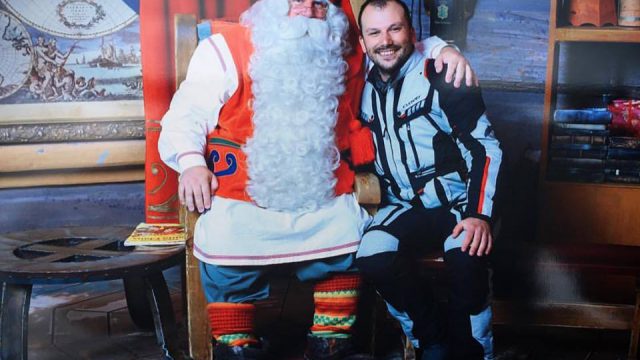 I just got back from Nordkapp. Located in Norway, it’s the northernmost place in Europe you can reach by wheels. It was a great holiday – three weeks, 12.000 kilometers and a lot of mesmerizing places. Here’s what I learned from this great experience.

1. Norway is wildly expensive. One of the most expensive countries on Earth. You need to pay $10 for a beer. And $1.8 for a liter of gas. And about $30 to get in the Nordkapp parking and have your record.
2. You see electric cars and old-school muscle cars on the same street. The northerners are so rich and eco-friendly that even their taxi cars are Tesla Model S. At the same time, they have a strange thing for old American cars. Next to that futuristic Tesla you’re gonna see a 6.0L V8 1981 Cadillac.

3. They love auxiliary lights. Maybe because of the polar night. And they like to use them, so take care when traveling at night. If you’ll see a shiny object coming from the road it’s not a UFO, it’s just an old Skoda Superb.

4. The only adventurous thing is to get the money. The words Nordkapp and Adventure should not be a part of the same sentence. Even though you’re gonna see a lot of R1200GS', the only adventurous part is to get that huge amount of money and a three-week holiday. It’s safer than in a huge bank safe box.
5. You're about to become an Instagram God. Everything is so beautiful over there that you don’t have to be a photographer to get some spectacular pictures. Just point and shoot.

6. Go via Sweden and/or Finland, get back through Norway. Both Sweden and Finland are very boring. Straight lines, no traffic, no mountains – just an infinite wood and some lakes. But it’s the fastest way to reach Nordkapp. After that, you can enjoy the Norwegian curvy roads.
7. Speed limits – take care! Speeding in Norway is a very bad idea. Ok, the speed cameras won’t catch you because they are shooting from the front and it’s impossible to identify you. But the traffic police is hidden in the bushes waiting for you to declare holiday bankruptcy. The good side is that you’ll get a record-breaking range from your tank. Finally, your bike meets the official fuel consumption.
8. Watch out. Reindeers are everywhere. And they’re so delicious! For those of us living in the South, the reindeers are those beautiful creatures helping Santa to fly over the cities and bring presents to children. Over there, they are just some kind of goats eating frozen grass and sometimes sleeping in the middle of the road so you must avoid them carefully. However, they traditional reindeer sauté is tasty! Sorry, Rudolph!

9. Must-see: Lofoten Islands, Fjords. Trollstingen is not such a big deal. You must go to Lofoten Islands – Reine area is the most beautiful place. Also, it’s the well known Geiranger Fjord, the so-called king of Norwegian fiords that you must see. On the other hand, if you saw the Alps passes, there’s no way to be impressed by Trollstingen. But you’re gonna see it anyway, due to its touristic location.

10. Forget about cash. You can pay everything using credit-cards. In fact, you must have a credit card because sometimes it’s the only way you can access a public toilet.
11. Motorcycle parking. The cities have free motorcycle parking. You can leave your bike anywhere you see the MC Parking sign, saving important money.