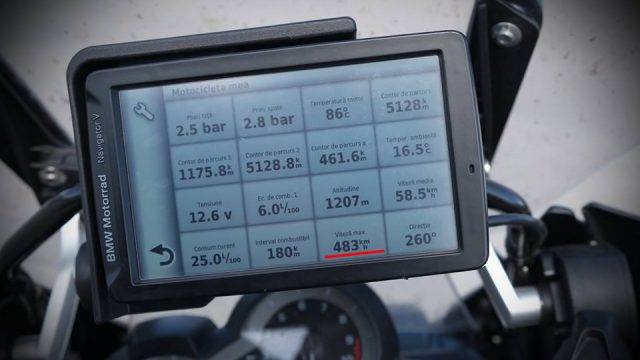 Hard to believe? I know, but here’s the proof.

Honestly, I don’t really know how it happened, because I was just cruising with a passenger and admiring the sunny beaches in Greece. Then, at a stop, I checked the Navigator V data and saw that top speed underlined in the photo above.

It’s not a Photoshop fake. It’s just the Navigator V borrowed from a friend of mine for that trip, and I took the photo using my camera. As you can see, the navigation language is Romanian. The maximum recorded speed was around 200 km/h, therefore I was the one who set the land speed record for a GS.

And no, I didn’t take the GPS on a plane. I was just traveling to Greece with a passenger and all the bags full. I admit that I was riding at a sporty pace, but… still. I think it might be because of a tunnel – maybe the GPS signal dropped and when it was recovered the Navigator made a mistake.

According to the Navigator, I also got a fuel consumption of 25 L/ 100 km for this top speed. Fair enough.

The Luggage Dilemma: Soft vs. Plastic vs. Aluminum

Am I the only one who experienced it? 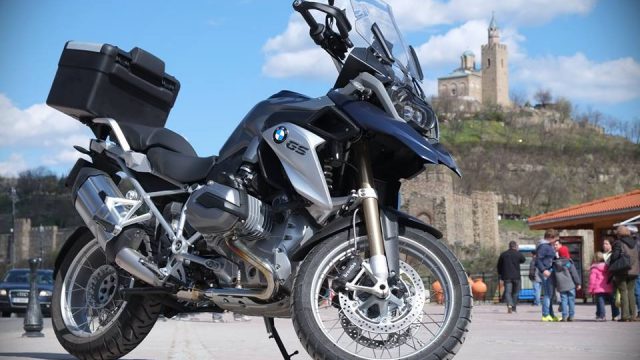 The fastest GS on Earth is pictured above. Two weeks before setting the record.

Follu us on Twitter for motorcycle news, stories and reviews