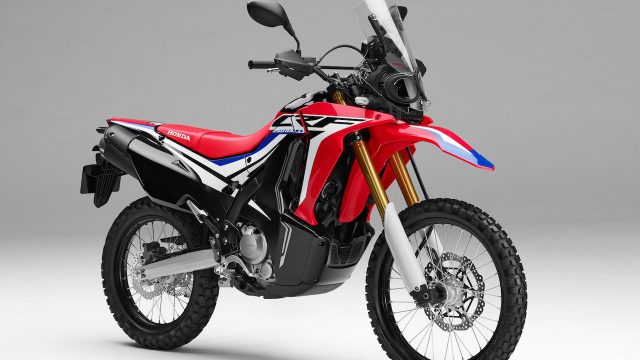 There’s a new party in town. You’ll find some thumper and small capacity twin music, and you might see some Asian looks. These are the new kids on the block.

First of all, these motorcycles are not some old DRs, XRs and KLXs that got an adventure treatment. Not at all. Also, they aren’t some GSs, Versys’ or V-Strom’s that got a lightweight treatment.

These bikes are derived from the small-capacity roadsters build for Asia and for the A2 incense holders in Europe. Take a Ninja 300 or a G310 GS, put some fairings and spoked wheels and you got the new small adventure bikes. Oh, and they look cheap.

The manufacturers present them as “friendly, beginner A2 license bikes in Europe” and “high-spec models” in Asia.

It seems that these models were built for Asia, but the big manufacturers thought that they have nothing to lose if they put the compulsory ABS and bring them to Europe. They should also act as anchor-bikes. A young rider might buy a small GS 310 before affording the big and expensive R1200GS he’s dreaming of.

Considering the anchor-bike role and the inferior manufacturing quality, they won’t have such a long life as their more serious siblings.

Unlike its bigger brothers, Kawasaki-X 300 takes an all-new path. Instead of a street set-up, it comes with spoked wheels and a 19-inch front. Also, it features a 17 liters fuel tank, large enough to offer a 400-500 km range, considering the fact it is powered by a 300 cc bike.

This is the most off-road Versys on the maket, and it might take you to far-away places. But it’s not a true off-roader – the seat, the plastics, the exhaust, the suspension – they all seem to be intended for street use.

Honda CRF 250 Rally is, basically, a CRF 250L with rally-inspired fairings and HRC Colors. It seems trustworthy enough for off-road use. In fact, it should be the best off-roader in the new small adventure class. It comes with 157 kg wet and a 10-liter fuel tank – enough for an off-road session but too small for a big adventure. The upside-down 43 mm fork seems to be able to go off-road.

It won’t be the most comfortable for touring, due to its endure-seat and compact fairings.

The G310 GS has a 170 kg wet weight (11-liter fuel tank) and a 34 horsepower 313 cc engine. It seems ready to take you anywhere you want. It inherits the successful R1200GS look but put these bikes together, and you’ll spot the inferior build quality of the small GS. The G310 is made in India by TVS.

On the other hand, it will be four times cheaper than the big R1200GS.

Just as the V-Strom 1000, the new 250 suits those who want a touring-capable on-road all-roader. It comes with spoked wheels and a big fuel tank – 17 liters. Judging by the fuel economy, the V-Strom 250 might be capable of a 500 km range. The overall design lines and color theme are inspired by the V-Strom 1000. It’s just the headlight that looks awkward and resembles a boat bull’s eye.

At a closer look, you notice the inferior building quality.

All of these bikes should hit the showrooms in a couple of months. It’s just a matter of time until KTM will unveil a 390 cc adventure bike and Yamaha will come up with a 300 cc Tenere. Only the time will show if they will be successful in Europe and the USA. But considering the Asian market figures, it won’t really matter.