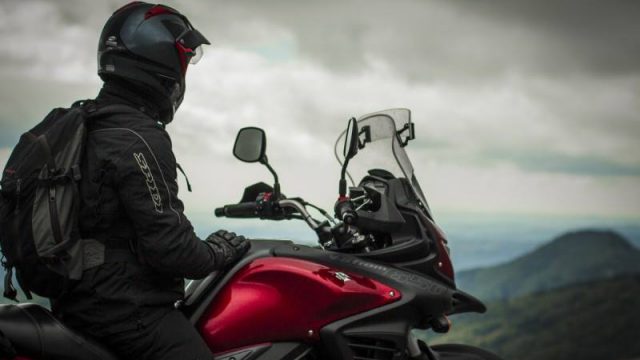 Some lessons that all adventure travelers know

My first adventure motorcycle was a 1995 Yamaha XT660 Tenere. But even before that, I enjoyed touring on a naked bike – a 2004 Honda Hornet. The World was ad my feet. All I had to do is to explore it. I remember what the legendary Ted Simons said – you can pay an amount of money, get up on a plane and circle the world. Or you can look at the satellite images. But if you want to know the world, you must crawl and put your foot on every piece of it. A motorcycle is the best choice. And an adventure bike can teach you a lot of things.

The best moment for me is that morning when I have all my stuff packed on the bike, and I’m ready to leave on a two-week journey. For 14 days I’ll forget about the office and the concrete buildings. A long-distance journey acts as a soul purification.

5,000 miles away from home, in a remote place. There’s nothing better than my tent under a sky full of stars, next to a mountain river. These four elements – the motorcycle, the tent, the sky and the ground I’m standing on – are better than any lounge-hotel in the world.

Talk to the people you meet

Before traveling on an adventure motorcycle, I wasn’t able to talk to the foreigners. Really. I mean, I was able to ask them about this or that, but it wasn’t comfortable to sit next to them and to hear their stories. Since traveling to adventurous places, I learned that the best thing to do if you want to understand a country is to talk to the locals – to hear their stories and their view.

You meet the nicest people in poor villages

I remember having a flat tire somewhere in the Kazakhstan steppe. It was freezing cold outside, and my spare tubes were useless. Nearby I found a poor village with no more than 20 houses. I met a lorry driver’s family. They helped me without hesitating. And without pretending anything.

After a week on the road, after that night under a sky full of stars, after many secondary roads, you’ll find that relative freedom still exists.

As long as it’s not snowing, you can ride

There’s no such thing as bad weather. It’s just inappropriate gear. The fairings and windshield will protect you, the Gore-Tex and rain suit will keep you dry, the riding pleasure will keep you warm.

Those old destinations are boring

After traveling to the “adventure motorcycling zone,” you can’t be impressed anymore by the “civilized world.” Same road taxes, same hotels with their continental breakfast, no parking allowed here and there – everything looks the same.

First time you make a list. Then you start chopping some elements because the luggage doesn’t fit in the panniers. Then, you realize that you can’t really go off the beaten track riding a fully-loaded buffalo. Less is more.

Don’t believe what you see on TV

Tell your friends about your future adventure trip and they will consider you already dead. “It’s war over there. Terrorists. Bandits. Didn’t you see it on TV”. Well, forget about the TV. Every country in the world has a bad famed area. Every place in the world is filled with good guys and bad guys. If you take care and stick to the good guys you’re gonna be ok.