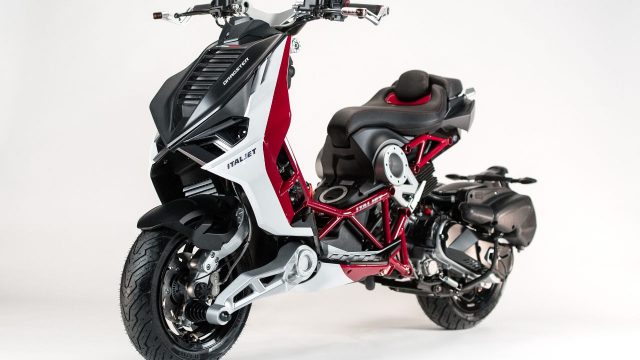 The iconic scooter from Italy is back. For 2020, the Italjet Dragster features 125cc, 150cc or 200cc engines making 20 hp and the front suspension features an Independent Steering System.

The 2020 Italjet Dragster will begin production in Italy in May. 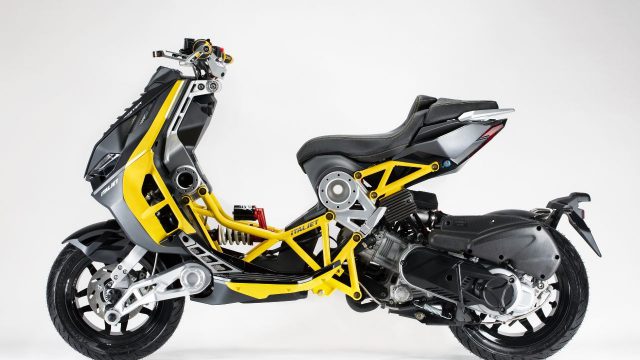 The scooter is fitted with an Independent Steering System (ISS) that has a new front single-arm made from aerospace aluminium alloy. The front suspension is fitted with horizontal BITUBO hydraulic adjustable shocks which offer no travel effect for the front-end. 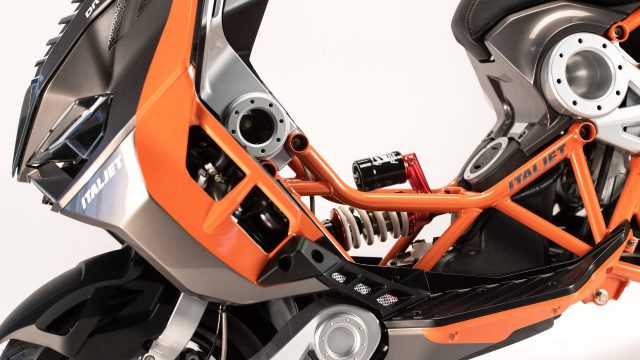 On the rear, the Italjet Dragster is fitted with a BITUBO single hydro-pneumatic adjustable shock absorber. 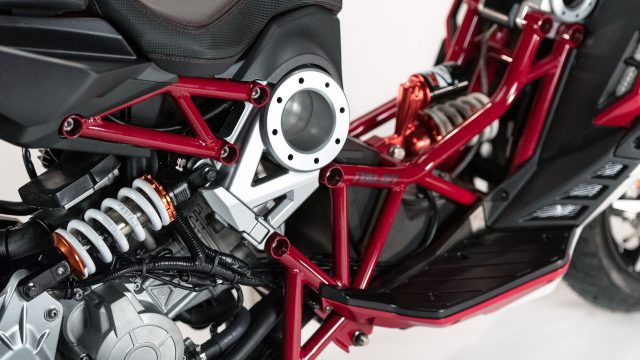 The ISS system has been developed by Italjet R&D and it separates steering action from suspension action, thus no vibrations are transmitted to handlebars.

The 2020 Italjet Dragster features an aggressive bodywork with full LED lights, double radiators, one for each side, while the front has been designed in the wind tunnel to increase aerodynamics. 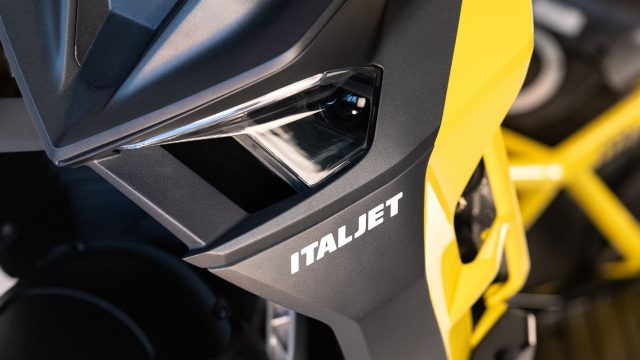 The Dragster has the 7 litres fuel tank fitted in the footrest to balance the weight distribution and to lower the centre of gravity. Also, the Italjet Dragster features big section tires and an alloy trellis frame with aluminium plates. 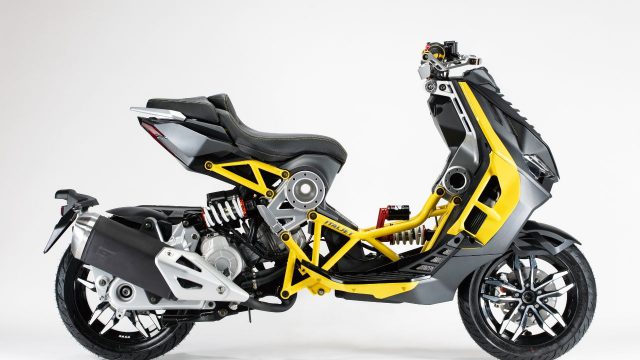 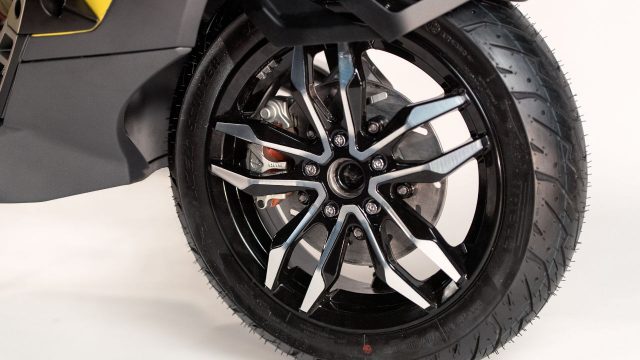 The 2020 Italjet Dragster 125 has a dry weight of 108 kg while the 200cc model features 112 kg. The scooter comes in three colours:
-Anthracite/Red/White
-Anthracite/Yellow
-Grey/Orange 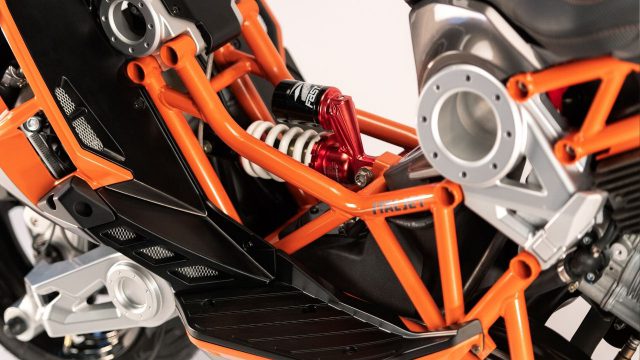 "The Dragster is expected in every part of the world. The First Edition series of 499 units numbered and certified, that were offered to all Dragster fans, are now sold out,” said Massimo Tartarini, Italjet President and CEO. 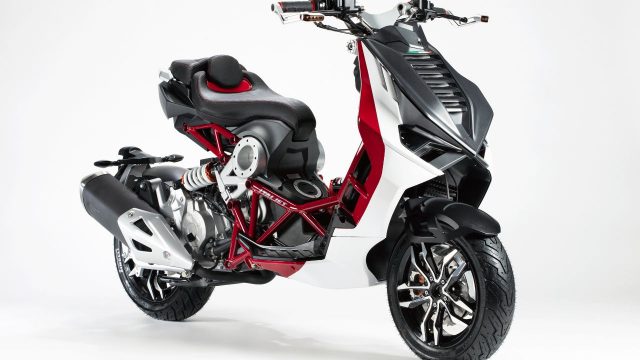 “Bookings came from more than 20 different countries. Now the wait is about to end: Dragster production will start in May," he added. 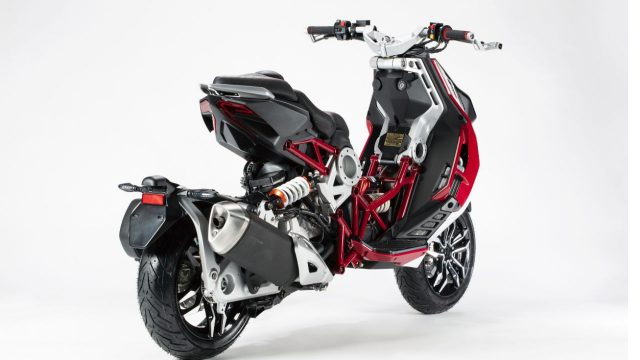 The 2020 Italjet Dragster is the successor of the 1995 model which was sold in more than 70.000 units. The scooter will be produced in Italy, in a new factory near Bologna, and deliveries will start from May in Italy at a price tag of €4,800. Italjet says that 90% of the models will be offered for export markets with the UK and Germany markets being amongst the biggest in Europe. 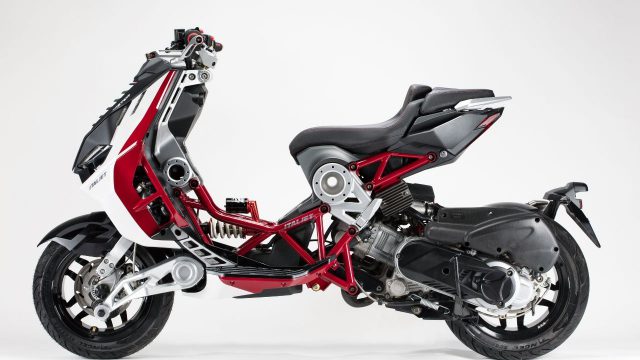 One thought on “2020 Italjet Dragster. the Scooter’s Production to Start in May”