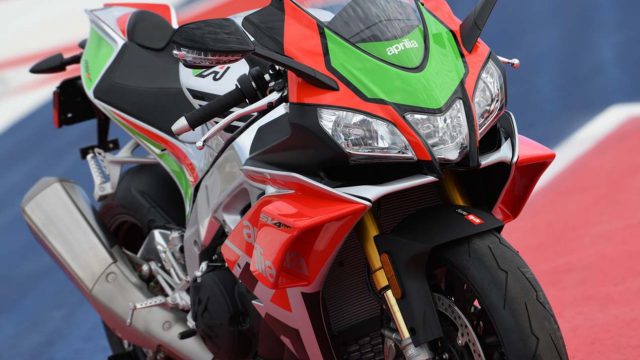 Only 125 units will be made

It was a matter of time before seeing the first set of winglets fitted on a production superbike. Aprilia RSV4 RF LE is a limited edition release made only for the North American market, and it has the looks.

The Noale based manufacturer wanted to link its powerful superbike with the MotoGP machine. The Aprilia racing department came up with this design in their search to bring something special to the RSV4 from the RS-GP bike.  Unfortunately, the company comes with a disclaimer notice that says the winglets are nor functional. Who cares? We all want them.

Besides the MotoGP color scheme and winglets, the limited edition RSV4 RF LE also wears a tag on the triple clamp containing the numbered production details. Although the bike is 1000$ more expensive than the Aprilia RSV4 RF, owning a limited series motorcycle is priceless.

When manufacturers release limited series like this one, it's clear that they want to use it for the World Superbike machines. The new WSBK rules made the winglets legal as long as they are homologated on a series machine. So this might be the reason behind Aprilia’s latest release.

Although there is a catch behind the limited edition RSV4 RF LE, we might witness a lot more winglets from the various motorcycle manufacturers. The increases in power and weight reductions will make the superbikes take-off. As long as they don’t come up with some ugly looking Boeing 747 wing replicas, we don’t mind.

Honda Monkey is back

Auto Fabrica Type 11 is a War of the Worlds Beast