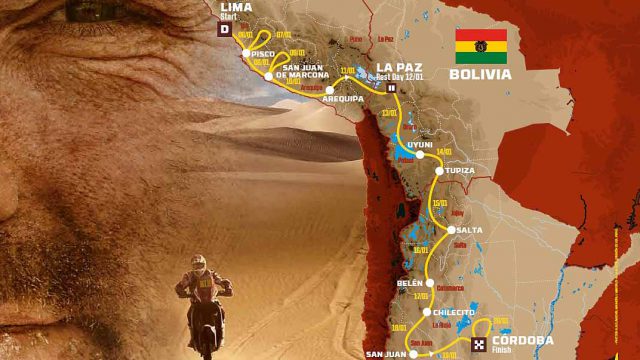 "Coming back to Peru, and for longer than in 2012 and 2013, has given us the opportunity to explore unknown territory. Competitors will be faced with all the different sandscapes of the country, setting high standards right from the very start of the Dakar. The Bolivian stretch—physically demanding yet offering stunning landscapes—will test the adventurers to the limits of their endurance. But decisive challenges will still await them in Argentina, where the Dakar theoretically reaches its most difficult part with the Super Fiambala stage. This is where racers will need to stand out from the crowd if they hope to triumph in Córdoba.", Marc Coma – Sporting Director of the Dakar