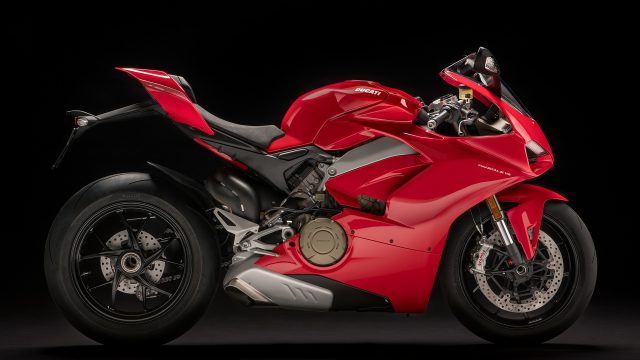 It’s a tough day for the proud owners of Ducati’s newest superbike, the Panigale V4, in all its trims, as the National Highway Transport Safety Association (NHTSA) issued a double recall notice. It looks like the fueling system of the Panigale V4 has some small issues that can lead to a pretty nasty outcome in certain conditions.

The first recall is related to the breathing system valve plug inside the fuel tank of the V4. Fuel is said to leak from the outer diameter O-ring in certain conditions. The tank of the Panigale V4 is equipped with an internal breathing valve to allow the fuel to fill the entire volume of the tank.

Apparently, there is a chance that some O-rings were damaged during the installation progress. Because the low level of fuel in the tank during assembly and testing, this defect was not observed prior to shipping the bikes to their new owners. Also, because of the grease used to install the said O-ring, the leaks were impossible to detect in the quality control leakage test, official NHTSA documents report.

The first problem was reported to an European dealer on 5th of March, followed by the first similar complaint in the US in early April. On April 11 Ducati issued an official worldwide documented letter and initiated the procedures to remedy the problem.

Ducati dealers will install a new O-ring, which has an improved design with a chamfered edge that makes installation easier and safer. Another type of lubricant will also be used for installation, eliminating the possibility of creating a false proper seal.

Ducati’s Panigale V4 has yet another fueling system problem that triggered a recall, but this time it’s the tank fuel cap. In certain conditions, fuel may spray out of the tank when opening the cap. As the NHTSA documents tell, “in certain rare conditions resulting from a correlation between external temperature, bike usage and quantity of fuel in the tank, there might be a pressure increase within the tank.”

Quantities of fuel might burst out of the tank when the fuel cap is opened. Unlike the first recall, that gives no warning signs to the motorcycle rider, the second issue may offer a hint, the NHTSA says. “The rider could feel and hear the excessive pressure prior to slowly opening the fuel cap,” the source adds.

The defect was initially reported twice on the 21st of March, and was acknowledged, followed by the recall notice on April 11, and Ducati dealers will install a reworked fuel cap that allows better breathing capacity. None of the defect yielded injuries or property damage, and they might be present in all Panigale V4 machines, standard, S and Special.

It goes without saying that fuel leaking onto an ignition source could easily start a vehicle fire, with one Panigale V4 having caught on fire shortly after the bikes started shipping to customers.

Both repairs will be carried out by authorized Ducati mechanics and will be free of charge.