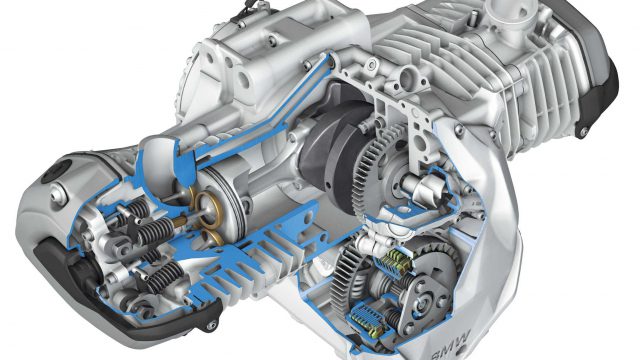 Weeks ago we caught wind that BMW could be thinking about updating their GS bikes, and we knew that the new powerplant would eventually make it to the rest of the family. However, we did not see such a bold move coming, with the German manufacturer indeed replacing the engines of all its R bikes in a single move.

Documents filed in the US with the California Air Resources Board (CARB) have clarified the matter, as the list of updated motorbikes included all the R-family models. This means that BMW’s 2019 R1250GS, R1250GS Adventure, R1250R, R1250RS and R1250RT will arrive next year with the new engine, with (partial) liquid cooling.

The 1,254 cc boxer will deliver 134 horsepower, a rather neat step up from 125. It looks like the mill will be a tad heavier, but not to a degree that will count for most riders. One of the most interesting rumors, still to be confirmed (or not) is that BMW will introduce variable valve timing in the new powerplants, making them more responsive and economical.

Other minor aesthetic enhancements can also be expected, possibly with more electronic features added to the list, but we believe that nothing major (save for the engine) will be changed. BMW’s R-series machines have grown edgier with each generation, and we could expect to see Munich going further down this road. They’re not the only one, as it appears that KTM’s spartan, aggressive design language has been embraced many names in the business.

Looking forward to Intermot next month to see the new BMW R family.