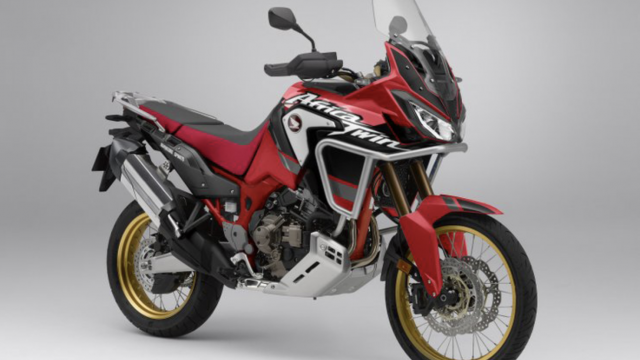 As speculated, Honda increases the displacement and power/torque figures for their acclaimed Africa Twin, a Japanese magazine revealed earlier.

The bike will most likely be called CRF1100L Africa Twin, and will use a stroked-out engine that’s 86cc bigger than the current one. The 92mm bore is said to have remained unchanged, but the displacement will be increased to 1084cc. The 2020 Africa Twin will produce 101 hp at 7500 revs per minute, 7 hp more than the 2019 version.

Also, the torque figures have changed, from 99 Nm @ 6000 rpm to 107.1 Nm, while the overall sound levels decreased by a hefty 3dB. The new Africa Twin will also be Euro 5-compliant, in case you were wondering about the enironment-related issues the next years might bring to the two-wheeler industry.

We’ve got some digital renders of how the 1100 Africa Twin might look like. The bike is largely unchanged overall, but we see that the headlights are more angular and aggressive now, which doesn’t look bad at all. Frame-wise, the new CRF1100L will introduce several changes that will be felt, rather than seen. Reportedly, the standard bike will borrow some features from its Adventure Sports sibling.

The new Africa Twin will only employ one type of tank, also taken from the Adventure Sports version, meaning it will carry 24.2 liters of fuel instead of 18.8, adding a bit of weight when full, but providing extra mileage, which is a great plus.

Honda will most likely deliver this bike in four versions, derived from the Standard and the Adventure Sports base models, and each with a DCT gearbox as an option. No word on pricing, but we just might see the all-new 2020 CRF1100L Africa Twin introduced this summer instead of having to wait for the big motorcycle shows of H2.