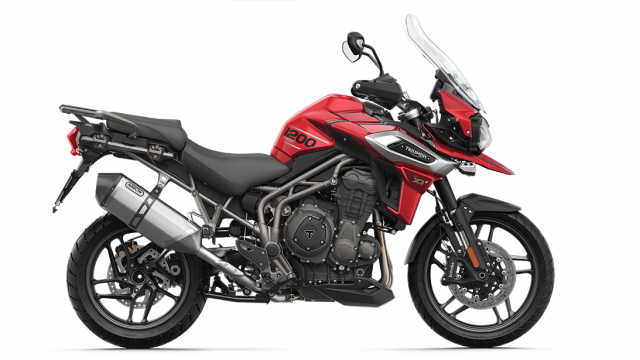 Modern technology has certain perks to it, but they don’t come without dangers. And when it comes down to vehicles, things can go really bad. Keyless cars and motorbikes do come with a degree of extra comfort, but thieves found ways to exploit the loopholes in this technology. Triumph appears to be the first motorcycle manufacturer to alert its customers about this, and provide a response to hamper theft attempts.

Triumph’s warning arrives shortly after a video showing the hacking, and subsequent theft of a Tesla surfaced on Youtube. The theft is staged, but the actions in that video are real. The footage comes from a team of students at the Leuven University in Belgium, who wanted to show the world that keyless vehicles are not at all secure from theft.

In the video, we can see a young man parking his Tesla into a charging station and then getting several meters away from it, on the banks of a channel. The would-be car thief shows up carrying an electronic RF scanner and first scans the car’s electromagnetic ID. Then, he closes up to the driver, who has the key in his back pocket. The key is also scanned, and then the electronic hacking device starts to analyze all the possible combinations to unlock the car.

Funny thing, the system finds the right one by the time he reaches the car. Unplugged from the charger, the car is unlocked, and the (fake) thief drives away as if he had the original Tesla fob with him.

Triumph says that such a modus operandi could be used on their 1200 motorcycles, a range that works with the same technology as the one that Tesla uses. The manufacturer adds that the “keys” will not turn off immediately after leaving the vehicle, and can be scanned by thieves. Triumph’s advice for the owners of keyless motorcycles is to turn them off manually when leaving from where they parked the vehicle. This will shut off any communication between the two devices, leaving the hacker without one of the two elements needed to steal the bike.

This may reduce a bit the ease of use keyless motorcycles come with, but it’s the safest way to prevent being hacked. Both Triumph and Tesla are reportedly working hard to close these loopholes.