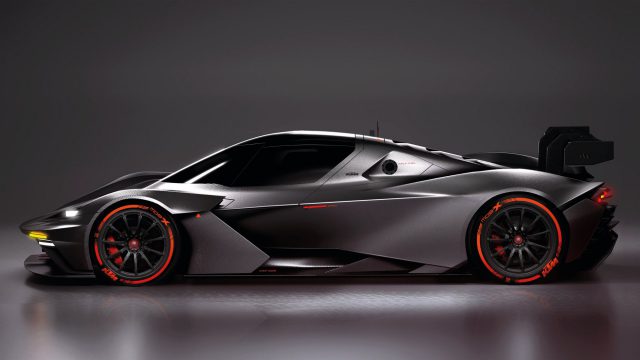 Would you like KTM to make a motorcycle with this power figure?

KTM has a new car in its model range which makes over 600hp and weights 1,000 kg. Made for racing, this machine could be set to make a name for itself.

KTM introduced a new four-wheel project in the form of the X-Bow GTX. It makes over 600hp from a 2.5 litre, five-cylinder TFSi engine. That’s twice as much power compared to the current street legal X-Bow R model which makes 300hp from a 2.0-litre TFSI Audi engine.

The Austrian brand says that the new model is a mixture of motorsport technology and ultra-lightweight construction.

The KTM X-Bow GTX weight sits at of 1,000 kg and it’s designed for track use only. Thanks to the power figures, the power-to-weight ratio is below 2,0 kg/hp. The GTX model will race in the GT2 class in the SRO race series.

When it was launched, the X-Bow was designed in partnership with Kiska Design, Audi, Reiter Engineering and chassis manufacturer Dallara.