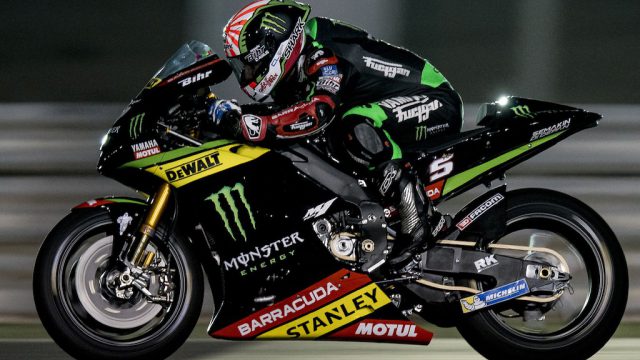 With ten days left before the Grand Prix of Qatar, we still have time to pick our favorites. The winter testing sessions are over and judging by the latest time sheets the first round podium might go to Yamaha Tech3 rider Johan Zarco.

After three days of testing in Qatar, we saw great determination from the French rider Zarco. In a quest to smash Lorenzo’s record (1:53:927), he lapped 1:54:029 that stood as a record for the test. The second in the timesheets was Valentino Rossi (Movistar Yamaha) with 0.247 s behind Zarco. There’s no shortage of Ducati between in the top three, Dovizioso had the third time, just 0.055 s from Rossi.

British rider Cal Crutchlow was the fastest Honda rider managing the fourth time 1.54.457. The LCR Honda rider showed an impressive pace in the preseason testing, and he seems a man with a mission for 2018. Immediately behind Crutchlow was Spanish rider Maverick Vinales with a 0.014 s gap.

The sixth position in testing was taken by Suzuki rider Andrea Iannone followed by Marc Marquez coming in close with only 0.005 s behind. Things are looking good as the first ten riders in the timesheets lapped under 1.54. The testing results make it harder to name who will take the victory, but we hope the riders will pull up a thrilling show in 18th of March.

Suzuki Hayabusa gets a new gearbox