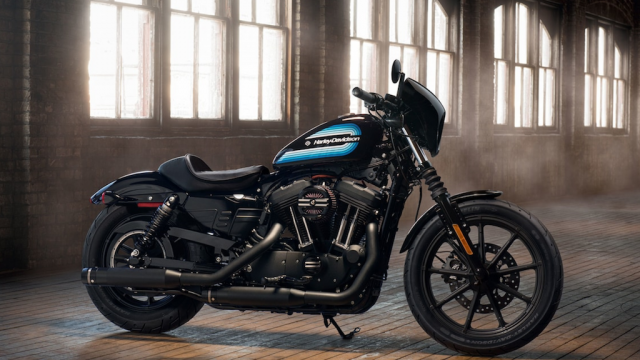 We might finally get to see Harley-Davidson revamp the engines of its highly popular Sportster line-up, and this moment may come sooner than some anticipated. The trigger for this move may be the fact that, as of 2020, all new motorcycles sold in Europe must comply with the Euro 5 emissions standard, which the current engines do not.

Europe is H-D’s second biggest market worldwide, after the home one, therefore, we can expect that the bar and shield company will make decisive moves before they’re no longer allowed to sell bikes in the EU any longer. Of course, Milwaukee simply can’t afford such an interdiction, so we strongly believe that they are already working on new power plants.

As a fact, the Sportster series, most likely Harley’s bestselling bikes, is powered by the oldest engines of the lot. The Sportster platform is, however, a very lucrative one thanks to the multiple motorcycle models that are manufactured using the two mills and two chassis options.

While Sportsters could be reduced to the 883 and 1200 engines, Harley-Davidson fields a fleet of no less than seven models in the US: Superlow, Iron 883, Iron 1200, 1200 custom, Forty-Eight, Forty-Eight Special and Roadster. With the reduced costs associated to working only with minute variations from the two main, base models, it’s easy to figure out how important the Sportsters are for House Milwaukee.

But to keep the same profitability for the line-up, Harley needs to make a decisive move and update their engines. Some believe that they will only find some workarounds for the current engines to make them cleaner, but there are several considerations that may lead to other results.

First of all, H-D could benefit massively from a thorough revamp of their Sportsters, with the new engines and their upgraded performance specs making these bikes more attractive to the younger demographic. It’s no secret that Harley’s customer base is getting older; this has been going on for years now, and H-D knows better than anyone else that they have to stop this decline. Harley-Davidson sales figures speak for themselves, and analysts keep on mentioning that the iconic manufacturer must find a way into the hearts of the young riders.

The change is already happening, with H-D’s fist electric motorcycle, Livewire, hitting the market around mid-2019, carrying with it Milwaukee’s hopes. However, Livewire is still ages behind their competition in terms of sheer performance (read range) and if the price will not be the right one, it will most likely fail to attract the new young riders H-D is eyeing.

Still, with this move, maybe it’s a good time for H-D to innovate in other areas, as well. New, cleaner, better Sportster engines would send a strong message about the brand’s constant development and commitment to evolution.

Harley could still retain the classic vibe they’re famous for while offering modern, affordable machines young customers (and not only them) would find appealing. Figures could once more go up instead of showing a decline quarter after quarter. Harley needs to adapt, change and evolve, lest they share Nokia’s downfall. Greatness doesn’t last forever, especially in these times so rich in technological advance. Greatness evolves. Go do it, Harley!

Honda Monkey is back