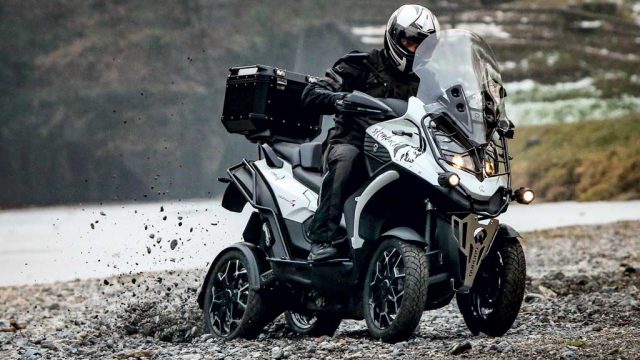 No, just kidding. But it’s a quite interesting concept

It is said that the Swiss invented nothing besides the Cuckoo clock and the milk chocolate. Well, it’s wrong. Because they just came up with the four-wheeled adventure scooter.

Meet the Quadro4 Steinbock. A four-wheeled tilting scooter ready to take you anywhere. The name says it all: steinbock is the German name for the ibex, the characteristic animal native to the Swiss mountains; its four legs are always able to find a secure foothold, even on the steepest rocky slopes.

The Swiss company Quadro vehicles also talks about the “Steinbock effect”: “the result of the innovative Hydraulic Tilting System (HTS), an internationally patented technology developed by Quadro Vehicles, which, thanks to the simultaneous tilting of all four wheels, allows precise and stable driving even in the worst road conditions”, according to the press release. 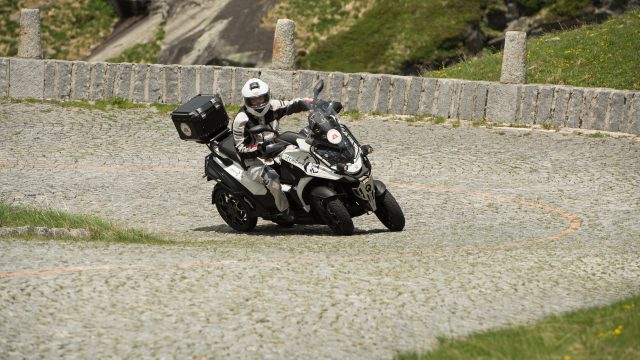 Another cool feature is the all wheel breaking system. Each wheel has its breaking disc and caliper.

The Quadro4 Steinbock’s standard equipment comprises a set of protective elements including the crashbars, mounted on the front shield and along the rear side profiles, and the shaped shield on the front end. It also features the 42-litre aluminium top case, the adjustable windscreen with navigator holder, additional spotlights and sporty handguards.

It is powered by a 350 cc single cylinder engine with integrated differential for rear double traction. Not too sporty, considering the 218 kg wet weight.

It can be ridden in the EU with the car driving license. The price: €11.250. Learn more about it on the Quadro Vehicle website. 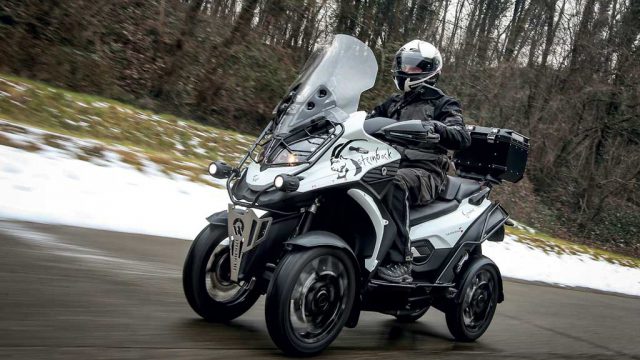