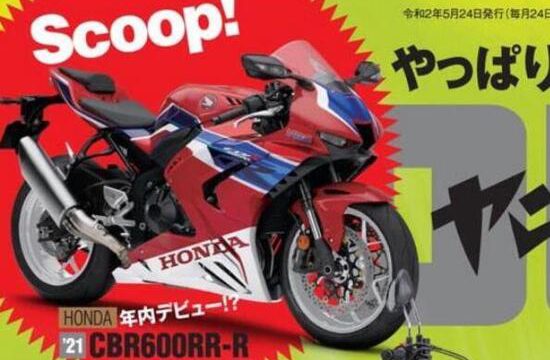 Rumour has it that Honda is working on a 2021 CBR600RR-R bike according to Young Machine and moto.it. The motorcycle could feature winglets and a Euro 5 compliant engine.

The middleweight supersport bike could be unveiled at the end of this year and the bodywork could feature design lines similar to the CBR1000RR-R Fireblade SP model. The aerodynamic package probably will have winglets if the rumours are real.

If Honda is working on a 600cc supersport bike the competition is harsh with rivals like Yamaha R6, Kawasaki Ninja ZX-6R, MV Agusta F3 675 and F3 800 models. So, taking into count the power figures of these bikes, to stay competitive in this segment, the CBR600RR-R will have to deliver around 130 hp.

Moreover, the bike will have to feature a Euro 5 compliant engine. Honda discontinued the production of the CBR600RR model due to the Euro 3 approved engine back in 2017. Also, the company considered developing instead the CBR650F model which is more usable and has a more affordable price compared to a supersport bike.

The middleweight supersport bike segment only has a couple of models and we’ve seen in the last years a growing demand from riders for bikes like streetfighters, adventure motorcycles or middleweight twin-cylinder naked machines. Furthermore, the 1000cc superbikes are getting more closer is development with technologies from MotoGP machines.

Will have to wait and see if Honda has any plans to revive the CBR600RR model.