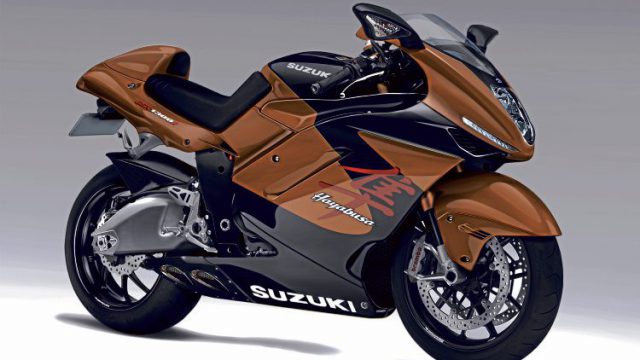 A semi-automatic gearbox will be available on the next Busa

This year is a bit fade for Suzuki. The Japanese manufacturer might be working hard on developing some head-turning machines for 2019, or the engineers are out of inspiration. Fortunately, the latest patents show that the engineers are working quietly on the new Suzuki Hayabusa.

The iconic Busa has been left aside for the last ten years. The latest update was made in 2008, and the bike is pretty far behind its competition. Now the folks at Suzuki are working on a semi-automatic gearbox for the next generation of Hayabusa. The patent shows a semi-automatic mechanics mounted outside the engine casings. This system is a cool gadget to have on your hyper touring bike. The mechanism seems to an assembly of two external actuators that will take care of pressing the clutch and shifting the gears at the same time.

This semi-automatic gearbox will be a huge plus for the next generation Hayabusa. The comfort level will be raised by a 100%. If the feeling is similar to the one that you get on a Honda Africa Twin DCT, then Suzuki will gain a lot of fans. Unfortunately, the system is semi-automatic so the rider will have some buttons or a pedal to press in order to shift the gears.

The bike will be released probably this fall at the Milan show. Rumors say that the engine displacement will grow to 1400cc to make Euro 4 compliant and more powerful. The coolest gossips that we've heard said that the new Hayabusa might get a turbocharger, but that is less likely to believe.

A thing is for sure the new Busa has to get all the latest electronics, new looks, and more power to regain its fame. The biggest player on the market, the Kawasaki H2 has them all, and it already made a class of its own.

R1200GS on Death Road. The Most Dangerous Road in the World? | Salar de Uyuni