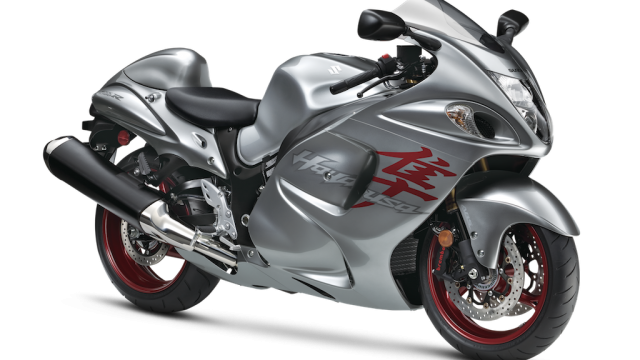 The Japanese manufacturer announced that Hayabusa is dead. But it’s not totally true

Some European motorcycle media outlets announced a couple of days ago that the Hayabusa is out of production. Unfortunately, the Euro 4 emissions regulations put a big stop sign in Busa’s path and everybody feared that this will be the end for one of the fastest production motorcycle out there. But, it's not totally true. The only thing we're certain about is that it won't be available anymore in Europe and not even in Japan, which sounds a bit absurde considering the fact that it's the place where the Busa is born. But we can't say the same thing for America.

That's because only the Euro4 spec GSX1300R production is terminated. Meanwhile, the production is still on for the non-Euro models that can be sold in the US and other countries that allow it. The Hayabusa is still on the Suzuki Cycles USA website and it costs $14,799. And it's not the only one. For example, the air-cooled Suzuki DR650 is still available in the USA while it's been a long time since it dissapeared from Europe.

What about the new Hayabusa?

We saw a lot of Suzuki patents for the Hayabusa in the media and this made us believe that we will definitely have a new model to be released in 2019. We take into consideration automatic transmission and even turbochargers, becaus this iconic Suzuki model is a must for the wholeness of the Japanese manufacturer.

If Suzuki sticks with the Hayabusa and releases a new model at the Milan show next year, the bike will be listed as a 2020 model, so hold your wallets.

Why do we believe so hard that Suzuki will go on with the Busa story? It’s easy! The first Hayabusa was launched back in 1999 so next year will be the 20th anniversary and this is the most favourable moment to release a new version.