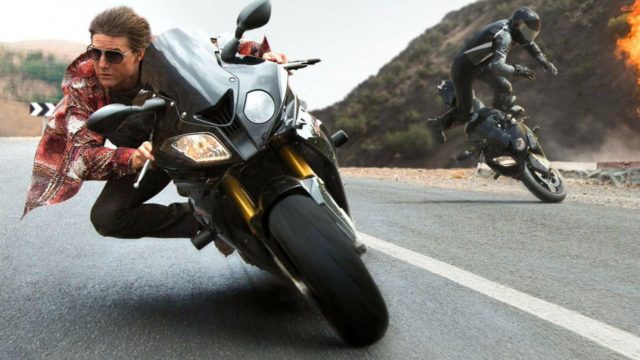 Tom Cruise is back on a motorcycle as the actor has been seen on the Mission Impossible 7 movie set as filming for the motion picture resumed in Oxfordshire, UK according to Daily Mail. This time, he is riding a motocross bike as he practises his motorcycle stunts on a specially designed dirt track.

The 58-year-old actor has been jumping with his motocross bike as well as piloting a helicopter in his movies. In Mission Impossible 7 he plays Ethan Hunt which is a secret agent. Tom Cruise had a dirt track designed for him to practise his motorcycle skills as we know that he’s doing most of his stunts himself.

Filming for Mission Impossible 7 began in Venice, February, this year. Due to the lockdown, the movie crew had to stop shooting until now when the government gave the green light to resume production. The cast and crew will have to work in controlled environments, such as filming locations, and also a small number of the essential members of the cast and crew are allowed by the government to travel to the UK and not have to stay in quarantine for 14 days due to the Covid-19 pandemic.

Tom Cruise has a pilot license since his role as LT Pete ‘Maverick’ Mitchell in Top Gun in 1994 and we can see that he’s not saying no to any stunt requirement he’s asked. Mission Impossible 7 is expected to be released in the summer of 2021.

For photos with Tom Cruise training on a motocross bike, you can check Daily Mail.